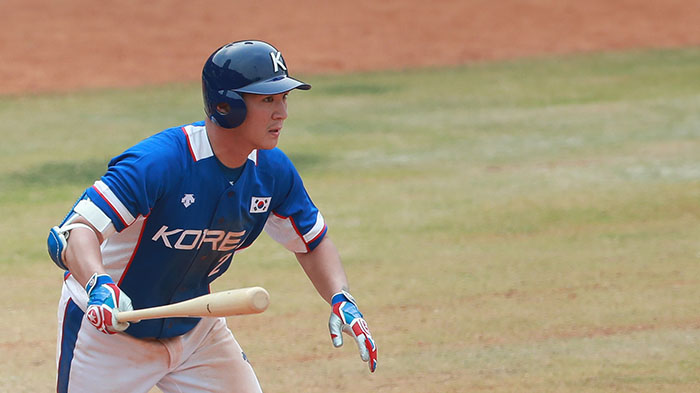 SEOUL, Sept. 5 (Korea Bizwire) – When the Korean national team won the finals in men’s soccer and men’s baseball at the Jakarta Palembang 2018 Asian Games, some of the players had one more reason to rejoice than just the gold medal – an exemption from military service.

The legitimacy of the prize, which provides Asian Game winners with a legal exemption from the compulsory military service that all Korean men have to partake in, has rarely been questioned since the law was enacted in 1973. It has been regarded as a reward for those who promote the name of the country.

This time, however, debate is raging. At the center of the controversy is Oh Ji-hwan, an infielder on the Korean baseball team.

Oh, a professional baseball player in the Korean Baseball Organization, opted not to join the military last year in the hope of playing for the national team. He was surely aware that as a gold medal-winning member of Team Korea, he would no longer need to worry about being drafted – an outcome that played out exactly as Oh had hoped.

The fact that Oh viewed the international sports event as a means to get out of military service triggered anger among his countrymen. What’s more, many think Oh, who served as a back-up shortstop for the squad and made only a few, short appearances, got a free ticket.

Days after the finals, Oh is still making headlines on the nation’s leading news portals. “Send him to the military” petitions have been posted on the presidential Blue House webpage.

The Military Manpower Administration (MMO), the agency that oversees the nation’s enlistment, responded to the sentiment by saying that the organization felt the need to modify the system.

In line with such a remark is the comment by Lee Ki-heung, the president of the Korean Sport & Olympic Committee. Lee said at the national team’s disbanding ceremony on Sep. 2, “The current law grants no military exemption to those who win a medal at the World Cup, which is larger than the Asian Games.”

“We will discuss,” Lee continued, “implementing a points program that will grant such a privilege to those who acquire medals from different competitions including the World Cup.”

Ironically, the MMO proposed the similar points model in 2013, stating that a long-time contribution to the national team should also be merited, instead of just one big medal in one big event. At the time, the committee rejected the idea under the grounds that it would weaken the motivation to win.

As such, it seems like the debate sparked by Oh will bring about a change to existing laws in some form or another. Currently military exemptions are only given to gold medalists at the Asian Games, or Olympic medalists of any kind.