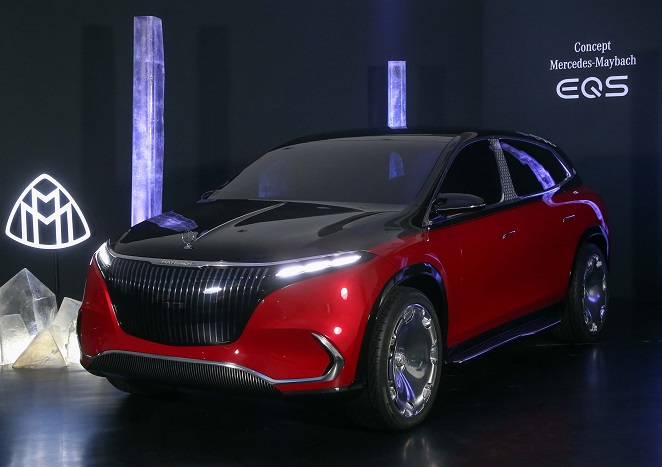 This file photo provided by Mercedes-Benz shows the Concept Mercedes-Maybach EQS, the first electric model of its luxury Maybach brand.

“We are further improving our position in electrification and digitalization,” he said.

In its electrification push, Mercedes-Benz launched the new EQA SUV and the new EQS sedan in Korea in 2021, following the launch of its first pure electric model, the EQC 400 4MATIC SUV, in 2019.

On Tuesday, the company unveiled the Concept Mercedes-Maybach EQS, the first electric model of the luxury Maybach brand. It does not have a plan to launch the model here this year.

The company sold 76,152 vehicles last year, down 0.9 percent from 76,879 units a year ago, according to the Korea Automobile Importers & Distributors Association.

The company said it will also strengthen its digital sales platform that helps customers purchase its vehicles, as well as receive after-sales services.

For the whole of 2022, Mercedes-Benz Korea’s vehicle sales fell 0.9 percent to 76,152 autos from 76,879 units a year ago due to the prolonged COVID-19 pandemic and semiconductor shortages.

Foreign carmakers sold 276,146 autos in Korea last year, up 0.5 percent from 274,859 a year ago. Seven out of 10 imported vehicles sold in Asia’s fourth-biggest economy last year were from Germany, KAIDA said.