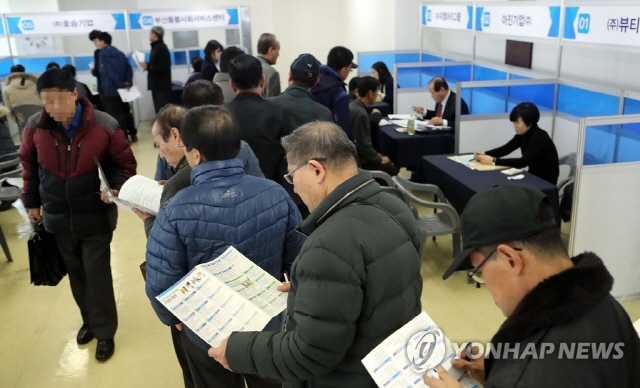 SEOUL, Jun. 19 (Korea Bizwire) — A recent survey found that middle aged South Koreans in their 50s and 60s had strong desire to pursue self-realization rather than keep up with the duties and burdens they had endured throughout their lives.

This is according to a survey conducted by Lina Korea and Seoul National University’s Research Institute of Human Ecology that questioned 1,070 people between the ages of 50 and 65.

In response to a question that asked “who is most important to you,” 53.9 percent of the respondents chose themselves, followed by their spouse (40.3 percent), their children (33.4 percent) and siblings (28.3 percent).

Three out of 10 people in their 50s and above said that they were interested in taking up work in the future that was differently from previous jobs they had held.

Becoming a chef (34.9 percent), having a certificate in a foreign language (34.1 percent) and obtaining a real estate license (32 percent) were some of the more popular tasks for middle aged men and women.

On their bucket list, “living at a vacation spot” topped all else at 58.5 percent followed by “a trip around the world” (52.6 percent), and “doing a meaningful deed in society” (47.4 percent).

The middle-aged men and women surveyed were found to be active in 2.11 regular group meetings or activities, and exercising more than three times per week.

Walking and jogging (71.4 percent), hiking (40.6 percent) and exercising at the gym (21.9 percent) were some of the more popular physical activities taken up by respondents.

Prof. Kim Nan-do at the Seoul National University’s Research Institute of Human Ecology, who oversaw the study, said that “re-born” is the key phrase that describes the current mindset of those over 50.

“If they had previously lived with a sense of duty to their employer and families, they now show a strong desire to live for themselves in the now and future,” said the professor.