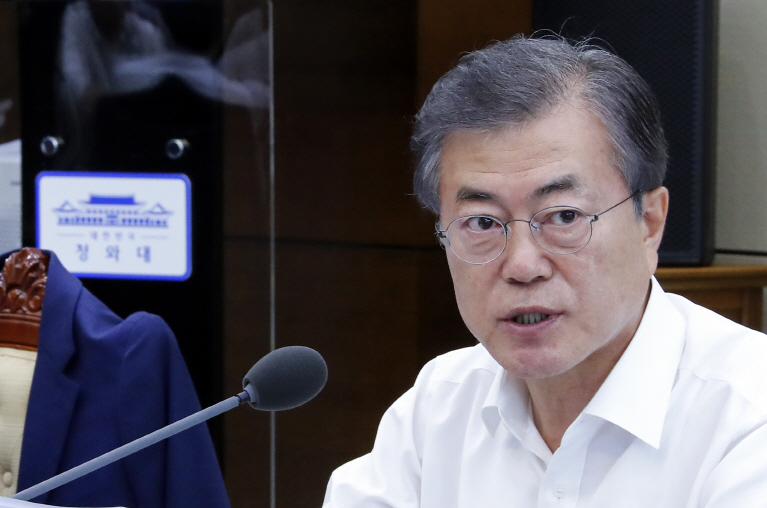 SEOUL, Jul. 17 (Korea Bizwire) — Commenting about his recent official visits to India and Singapore between July 8 and 13, President Moon Jae-in said that the “New Southern Policy” that was first drawn up last year had finally gotten off the ground.

The president went onto say that the policy is not merely an option, but a core strategy that will spur the nation’s development in the future.

The president expressed this sentiment at a Blue House meeting of senior advisors, where he also said that the new system will be put in place to push forth the New Southern Policy, ensuring that the details of his meeting with leaders in India and Singapore can be executed, leading to specific projects that will allow the public to experience the results of the policy.

During the meeting, President Moon also expressed confidence that an “era of Asia” was dawning, and that the two main axis of the New Southern Policy include India and members of ASEAN States.

India is on pace to become the country with the largest national population in the world, perhaps resulting in a G3 world order alongside the U.S. and China.

Member states of ASEAN are South Korea’s largest trading partners, just behind China. ASEAN countries are also the most popular destination for Koreans in terms of holiday and business trips.

Specifically addressing the outcome of his most recent visits, President Moon said that Korea’s diplomatic ties with India and ASEAN had been strengthened, and that “the visits had broadened the horizons of Korea’s diplomatic efforts.”

Regarding his visit to India, the president said that the two nations agreed to expand mutual trade volume to 50 billion dollars by 2030, while forming special strategic partnerships in the fields of high-technology.

“The two countries will create a community of peace and prosperity by incorporating policies from both nations,” said President Moon.

Regarding his visit to Singapore, the president said that the visit has created a foundation for more Korean companies to work in the fields of Singapore’s transportation and infrastructure.

“The two countries have decided to work together to create a new developmental model in fintech, biotech, and other high-tech fields,” added the president.