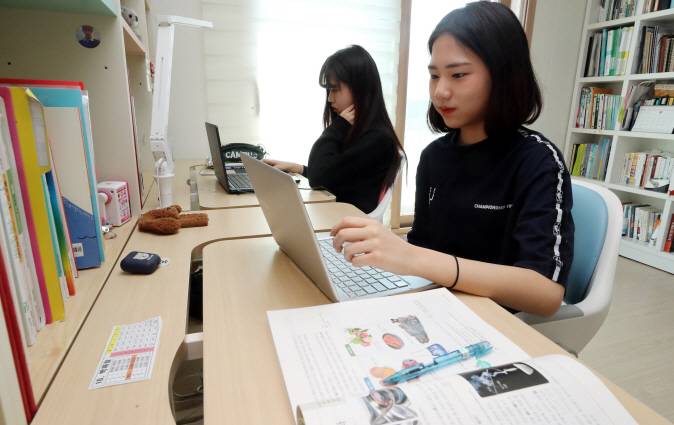 Twin sisters Park Ha-neul and Park Ga-eul, who are both seniors at middle schools, take online classes at their home in the western Seoul ward of Yangcheon on April 9, 2020. (Yonhap)

SEOUL, March 16 (Korea Bizwire) — Following the growing frequency of online classes prompted by the onset of the COVID-19 pandemic, South Korean middle and high school students have experienced more difficulty in self-management, including the maintenance of regular life patterns.

As part of the survey, the students picked ‘self-management’ as the biggest challenge they faced after taking online classes last year.

The survey also showed that their rhythm of life and eating habits also became irregular.

Even parents thought that their children went to bed and woke up late after taking remote classes.

Among the 1,343 parents of middle school students and the 677 parents of high school students, 71.5 percent and 72.8 percent, respectively, said that their children went to bed late after taking online classes.