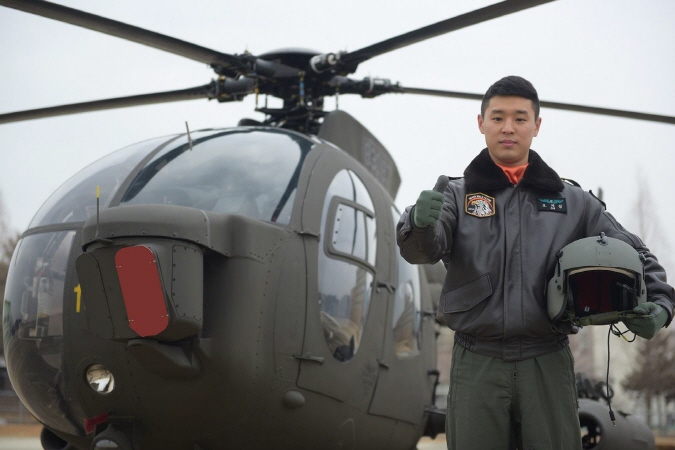 Following a seven-month aviation training program, Warrant Officer Oh Ji-sung, 31, began his service at the 1st Aviation Brigade. He will be assigned to a team in charge of air strike and surveillance operations, the Army said.

Oh began his military life at the Marine Corps in 2007. After six years of service, he retired as gunnery sergeant. In 2013, he joined the Air Force, where he served for about five years. In June last year, he entered the Army’s aviation training program.

“I am happy to see my dream has come true in the military,” Oh was quoted as saying in a press release. “I will dedicate myself to the military and contribute to the efforts to build a strong Army.”

Oh had dreamed of becoming a pilot since a young age. He graduated from Jungseok Aviation Science High School in Incheon, west of Seoul.