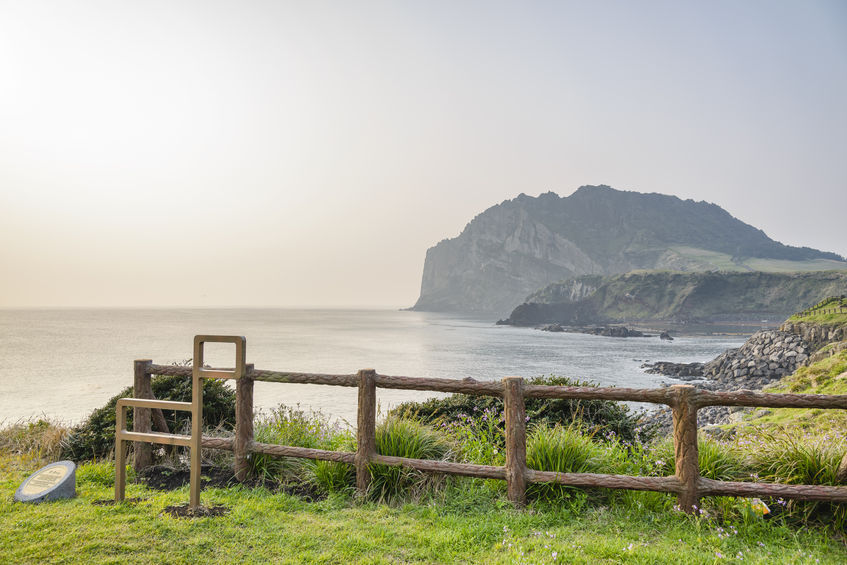 623,521 of 629,724 (99 percent) of no-visa entries by foreigners in 2015 were accounted for by Chinese tourists, with roughly 2.3 million Chinese visiting the island each year (no-visa entry included). (image: KobizMedia/ Korea Bizwire)

JEJU, South korea, Sept. 20 (Korea Bizwire) – Jeju, Korea’s largest island, has traditionally been recognized for its big three ‘haves’ – women (a higher female population in the past), rocks (basalt from volcanic activity), and wind (being that it’s an island) – and the ‘have-nots’ – panhandlers, burglars, and front gates – a sign of peace and harmony in the island’s neighborhoods.

But the notion has quickly faded in recent years.

With a rising number of international tourists flocking to Jeju thanks to a no-visa policy specific to the island (with the exception of a dozen nationalities), Jeju has seen a significant increase in its foreigner crime rate, and Korea’s most celebrated vacation spot is slowly becoming overshadowed by fear and concerns.

Last Saturday’s stabbing of a 61-year-old female local by a Chinese tourist led to calls for measures to reconsider or even ban the no-visa policy that spread across the media like wildfire. An online petition for netizens also surfaced on Daum’s Agora (Korea’s largest debate bulletin boards) on Sunday demanding a repeal of the no-visa policy. The petition had registered over 14,000 signatures as of Tuesday afternoon.

The 50-year-old suspect in the murder case, identified only by his surname Chen, entered the country as a tourist under the no-visa program on September 14, and was scheduled to leave this week. He stabbed the victim multiple times while she was inside a local church praying on Saturday morning. The victim was pronounced dead on Sunday.

Being one of Korea’s closest neighbors, Chinese tourists have benefitted the most from the visa-free policy. According to Ministry of Justice data, 623,521 of 629,724 (99 percent) of no-visa entries by foreigners in 2015 were accounted for by Chinese tourists, with roughly 2.3 million Chinese visiting the island each year (no-visa entry included).

Naturally, the number of crimes conducted by Chinese nationals has also increased over the years.

“The incident (murder) basically fanned the flames for Jeju residents who had negative attitudes towards the increasing number of Chinese investment, tourists, and their illicit activities on the island,” said an unnamed professor from Jeju National University. “I’m worried that it will fuel further hatred towards the Chinese population as a whole.”

However, he still emphasized the importance of the no-visa policy.

“Attracting tourists is essential for the island’s economy, which would otherwise suffer from a lack of domestic consumption,” he added. “We must refrain from responding emotionally.”

Jeju governor Won Hee-ryong stressed the importance of increasing the number of personnel at police stations and the immigration office on the island, as well as expanding their functions, but also noted that there is a need to evaluate if the government is acquiring sufficient information about visiting foreigners.

“A policy still needs consistency,” said a Jeju Province official. “No-visa entry is a global trend, and repealing the current policy can be seen as mere emotional reaction. What we need is to come up with measures that are realistic and effective.”