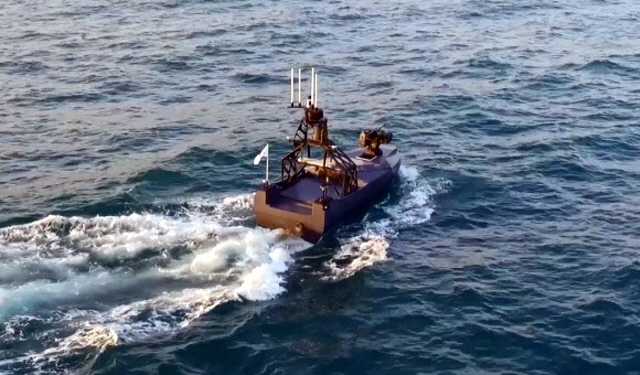 The sources said the military studied the effects of forming units mixed with personnel and unmanned weapons earlier this year and reported the findings to Defense Minster Song Young-moo.

According to the sources, the Joint Chiefs of Staff oversaw the yearlong research, with participation from the Army, Navy and Air Force, along with the Korea Institute for Defense Analyses (KIDA) and the Korea National Defense University.

The study concluded that the Army could make use of unmanned reconnaissance vehicles, unmanned aerial vehicles and unmanned mine detection robots, among other advanced systems. The Navy could rely on unmanned surface and underwater vehicles and the Air Force could acquire unmanned anti-aircraft guns.

The Agency for Defense Development (ADD) is said to be developing these systems and related technologies.

The study said unmanned reconnaissance vehicles could do the work of about 500 to 600 soldiers. It also said a fully automatic, unmanned turret system for K-9 self-propelled howitzers in the Army and the Marines could save the work of about 2,000 troops.

One military official said the automatic turret system is on track for full development within three years.

Other automated systems in development are unmanned tanks and “dronebots,” a combination of the words drone and robot.

“In the face of the declining population, building units with both troops and unmanned systems is a must,” one military source said. “This study was conducted to look into ways to maximize combat efficiency even as our manpower falls.”