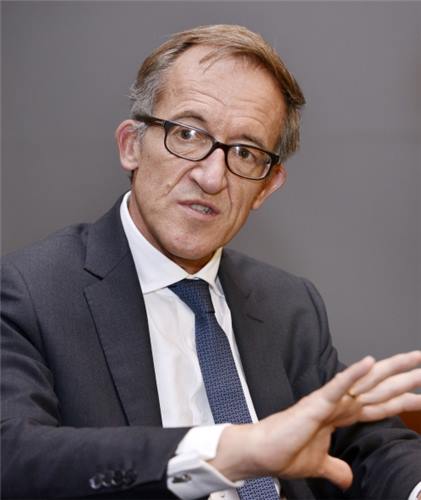 “The consumer market in Korea is high developed, so I believe Korea’s services sector is the most promising,” stated Stefan Zuschke, the president of BC Partners. (Image Credit: Yonhap)

SEOUL, June 2 (Korea Bizwire) – “The consumer market in Korea is high developed, so I believe Korea’s services sector is the most promising,” stated Stefan Zuschke, the president of BC Partners.

“If I invested in a Korean business, I would invest in one of Korea’s IT corporations,” claimed VSS executive director Christopher Russell.

And so the two famous private equity fund experts, representing Europe and the U.S. respectively, split on the Korean sector they feel is most worthy of new investment.

Zuschke, at an international debate and interview session held at Conrad Seoul Hotel in Yeouido, Seoul, conjectured that among Korea’s service businesses, the health and medical sectors will experience particularly impressive growth.

BC Partners is one of the largest private equity fund organizations in Europe, with total assets reported to be up to 12 billion euros (about 16 trillion won).

Corporations that have been making investments for more than 30 years are mostly European and American. For the most part, they have no experience with direct investment in Asian businesses, as private equity funds involve a lot of risk and call for absolutely foolproof investigations and analyses.

“BC Partners does not have plans to invest in Asian businesses, but we could indirectly do so with a portfolio,” answered Zuschke in response to a question about whether investment in Korean corporations is scheduled for any time in the near future.

Zuschke then emphasized that BC Partners has been maintaining close and consistent relationships with Korean organizational investors, and that future investment in Korea is definitely a possibility.

Zuschke went on to assure those present that the European economy has greatly improved.

“Even Greece and Italy, which went through troubled times, have now stabilized. The European economy is booming with low interest rates leading to abundant liquidity, in addition to favorable exchange rates,” stated Zuschke. “The demand for private equity funds will continue to increase from now on,” he added. 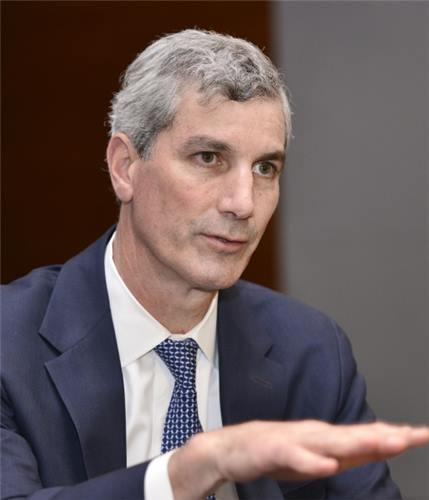 “If I invested in a Korean business, I would invest in one of Korea’s IT corporations,” claimed VSS executive director Christopher Russell. (Image Credit: Yonhap)

On the other hand, the private equity fund organization VSS from the U.S. picked Korea’s IT service sector as having great prospects for the future.

“I know Korea’s IT services have a formidable competitive edge,” said Christopher Russel, executive director of VSS, a major private equity fund established in 1987 that focuses on investing in mid-sized businesses with not enough capital but huge growth potential.

“But Korea’s health and energy businesses on the other hand are not as attractive for investors because regulations are stricter than the global standard,” he added.

Like Zuschke, Russell announced that he has no immediate plans to invest in the Korean market. Nevertheless, he did reveal that he plans to meet with five or six industry officials related to investment in Korea.