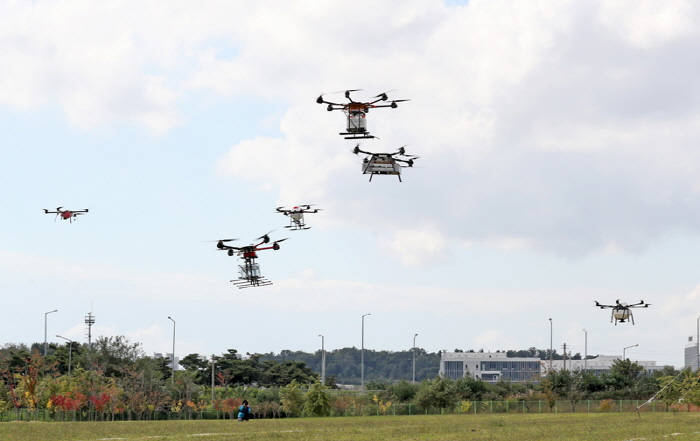 As more drones are being used in various sectors, more than half of South Korean farmers were found to be interested in using drone technology for farming. (image: Rural Development Administration)

GUNSAN, Aug. 7 (Korea Bizwire) — The city of Gunsan in North Jeolla Province revealed on Tuesday that it is using drones to patrol farmland to detect any cases of heat-related illness.

Drones are being deployed in the summer to locate farmers who are exposed to dangers of heat-related illnesses.

If there are seniors working in the field despite the scorching heat, the city sends out staff members to take them to heat shelters.

“Drones can easily monitor an extensive area of land, which is a lot of help,” said a Gunsan city official.

As more drones are being used in various sectors, more than half of South Korean farmers were found to be interested in using drone technology for farming.

The Korea Rural Economic Institute (KREI) reported that among 1,600 farmers queried about the use of 5G technology, 65.2 percent said they were most interested in drones for agricultural use, followed by systems that prevent pests and weeds (63.2 percent), and an early warning system for weather disasters (49.4 percent).

As for the drones, senior farmers were more interested in drones than the younger generation, as those in their 60s (70.4 percent) and 50s (66.1 percent) showed more interest than those between their 20s and 40s (60.7 percent).