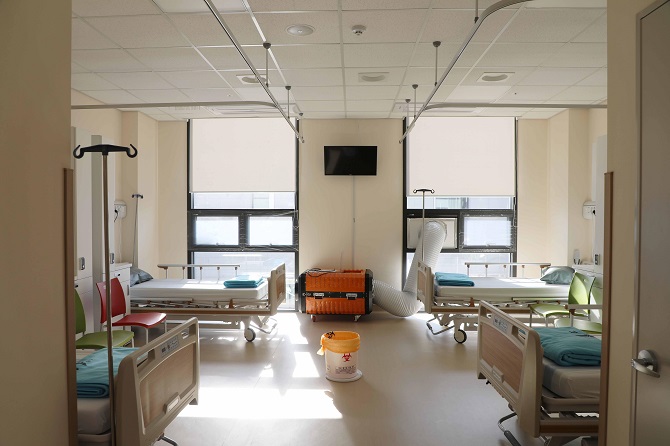 SEOUL, Sept. 7 (Korea Bizwire) — A military hospital near Seoul will begin accepting more civilian coronavirus patients this week following a recent spike in the number of infections in the capital area, the medical command said Monday.

At the request of the health authorities, the Armed Forces Capital Hospital in Seongnam, south of Seoul, will begin receiving COVID-19 patients, mobilizing 40 beds at its trauma center Wednesday, according to the Armed Forces Medical Command.

The center was originally scheduled to open next year.

The hospital has already provided eight beds for critically ill virus patients last week following a surge in the number of people in serious conditions.

The figure was under 200 for the fourth straight day Sunday, but the number of critically ill patients continued to climb to reach 163.

Amid concerns over a possible hospital bed shortage, health authorities have sought to use military resources, including its doctors and nurses.

“It’s a relief that we could successfully provide beds for virus patients at our Armed Forces Capital Hospital in such an emergency situation of hospital bed shortage, with the number of confirmed patients surging not just in the capital area but across the country,” the medical command Commander Brig. Gen. Suk Woong said.