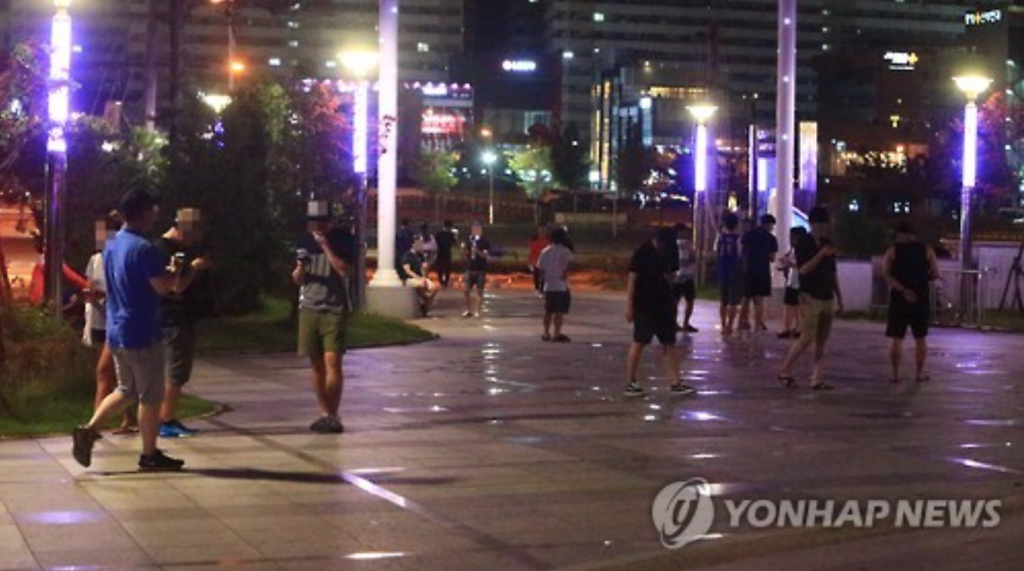 People crisscross a park in Sokcho on July 13 to play Pokemon Go on their smartphones. (image: Yonhap)

It was launched in the United States, Australia, and New Zealand on July 6, and since its release, Pokémon fans across the globe have been anxious to find out when the game will be available in their respective countries. And among them, of course, were Korean fans.

But it wasn’t until Tuesday when the news spread across the net that these critters were popping up in various locations in and around Sokcho and Gangwon Province that Koreans realized they might have a chance to play the game.

In just over a day, Sokcho has become the most searched keyword on Korea’s leading GPS navigation app, T Map. According to SK Telecom, the app’s developer, the search traffic for Sokcho has increased by 1.6 times compared to an average weekday. The hype has literally ‘driven’ the enthusiasts across the country to gather in the coastal city.

“To see such a spike in search traffic for a specific area on a weekday is extremely rare,” said a SK Telecom official. “As far as we know, it’s the popularity of Pokémon Go that has led people to either visit or search for Sokcho on the map.” 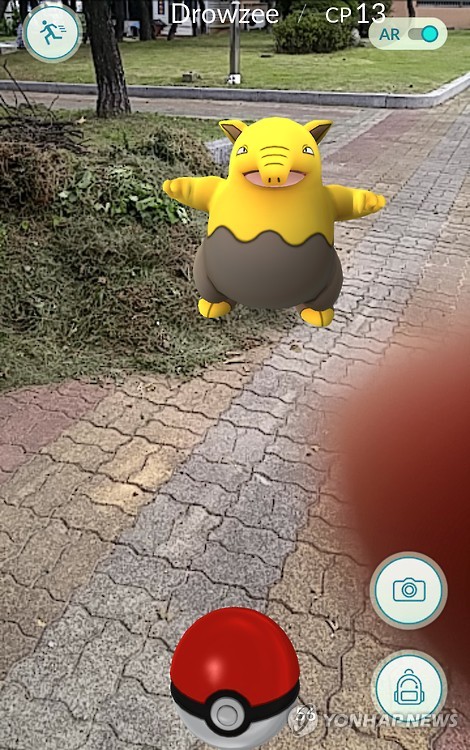 But it wasn’t until Tuesday when the news spread across the net that these critters were popping up in various locations in and around Sokcho and Gangwon Province that Koreans realized they might have a chance to play the game. (image: Yonhap)

T Map users are also updating Pokémon-spotted destinations on the application, allowing other users to search for ‘Pokémon’ and see various locations where they might be able to run in to the imaginary animals.

Surprisingly enough, Pokémon Go was never released in Korea, and according to Nintendo Korea, the game is not likely to launch anytime soon in the peninsula. The Pokémon sightings reported in Sokcho, as claimed by experts, are the result of a GPS glitch.

In a map circulating around the web, Sokcho, parts of north Gangwon Province, and even North Korea, were designated as ‘NR15-ALPHA-12’, the name of a diamond-shaped region in which the game is available for play.

As it turned out, the map was from another AR game, Ingress, released by Niantic, the same company that developed Pokémon Go. When Niantic launched Ingress in 2012, it designated areas around the world where the game’s service would be available, and according to experts, it’s likely that Pokémon Go borrowed from many of the areas designated by the previous AR game.

“Pokémon Go and Ingress are very similar in terms of their service format,” said an industry official. “And given the fact that the two were developed by the same company, it’s possible that they also share the same maps.”

The two AR games are Google Map-based, and Google has been struggling to fully establish its map services in Korea due to security reasons claimed by the Korean military. It is also for this reason that Pokémon Go is unlikely to become fully available in Korea in the near future.

While the game is playable in certain areas in and around Sokcho, players won’t be able to access all the features of the game. Since it operates without the full support of Google Maps, the game’s backgrounds, including terrain and geographic features, often appear missing.

“As long as you have a GPS connection, Pokémon Go can be played in these areas, and players will be able to catch the critters,” said a gaming industry official. “But unfortunately, they won’t be able to access all the features like ‘gyms’, where players can battle their Pokémon.”