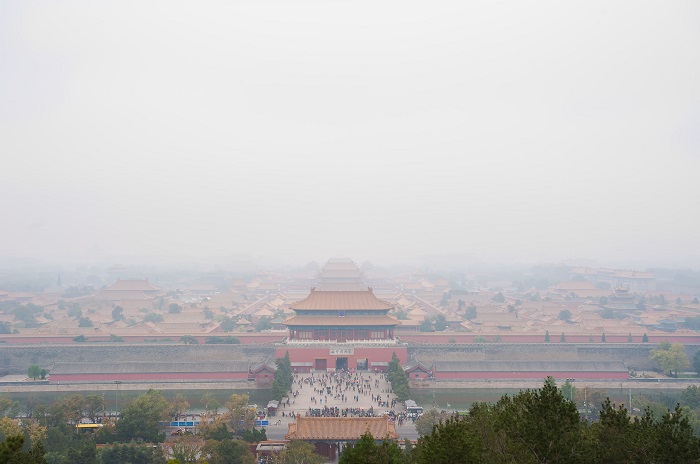 China is known to be the largest external factor for fine dust in South Korea. (image: Korea Bizwire)

“It is only common sense to know that the westerlies blow from the northern hemisphere, exposing South Korea to Chinese influence, particularly in the fall and winter,” said one senior official at the ministry.

“We will make sure we deliver our position to China at the bilateral meeting tomorrow.” “China will not go so far as to deny completely its role in affecting South Korea,” he added.

“It would only seem foolish not to admit its responsibility in a situation where the wind naturally blows from the west carrying yellow dust that eventually sweeps over Beijing and South Korea.”

Previously, Liu Bingjiang, head of the air quality bureau at China’s Ministry of Ecology and Environment (MEE), shifted responsibility to South Korea as he said “blaming others will only throw away the opportunity to reduce fine dust.”

Liu added that while China saw a 40 percent improvement in air quality due to comprehensive measures taken since 2013, the air quality in South Korea either stayed constant or deteriorated.

Experts argue that this is a Chinese response to the heightening anti-Chinese sentiment in South Korea as fine dust is becoming a severe health risk.

The South Korean Ministry of Environment said the Chinese response also has to do with the frustration that while China is shutting down factories and other drastic measures to improve air quality, South Korean media and the public always seem to blame China whenever fine dust sweeps over the country.

South Korea and China will hold the 23rd joint committee on environmental cooperation on January 23 and 24 in Seoul to discuss bilateral, regional, and global strategies to tackle environmental problems.

“Even if China’s air quality has improved by 40 percent, it’s still in worse condition than in South Korea,” said a senior official from the Ministry of Environment.

“It doesn’t make sense to argue that South Korea can also have its air improved by 40 percent.”

So far, South Korea’s ultrafine dust level has hit its worst at 129㎍/㎥, while some Chinese cities were suffering at 500㎍/㎥.

The Ministry of Environment estimates that under normal conditions, 30 percent to 50 percent of fine dust comes from external sources every year.

In extreme conditions, the percentage can rise to as high as 60 percent to 80 percent.

China is known to be the largest external factor for fine dust in South Korea.

South Korea, China, and Japan will publish a joint report on long-range transboundary air pollutants (LTP) at the 21st Tripartite Environment Ministers Meeting (TEMM21) to be held this November in Japan.

“There is no reason to fight,” said a senior official from the Ministry of Environment. “We will make various proposals to start a joint initiative with China over the next two days.”