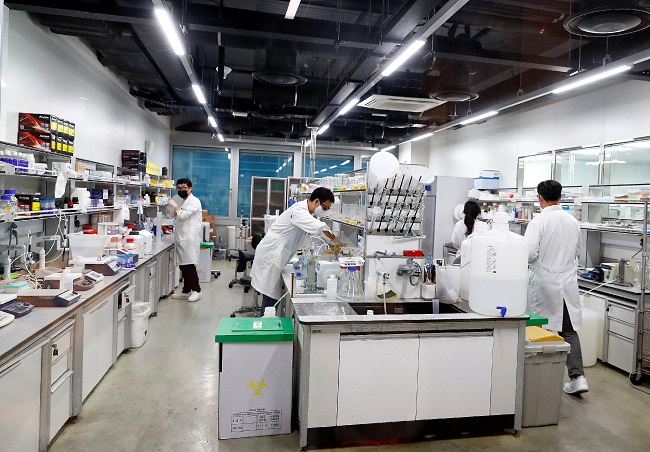 Researchers work at the lab of SK Bioscience in Seongnam, south of Seoul, on July 13, 2022, in this photo provided by the health ministry.

The equity firms have been designated to each manage 250 billion won of the K-Bio Vaccine Fund created jointly by the ministry, the Korea Development Bank, the Export-Import Bank of Korea and the Industrial Bank of Korea.

More than 60 percent of the fund will be invested in local companies conducting clinical trials for the development of new drugs and vaccines.

The two firms were selected by the Korea Venture Investment Corp. through a public bidding. The ministry said it plans to expand the size of the fund to up to 1 trillion won in the future.