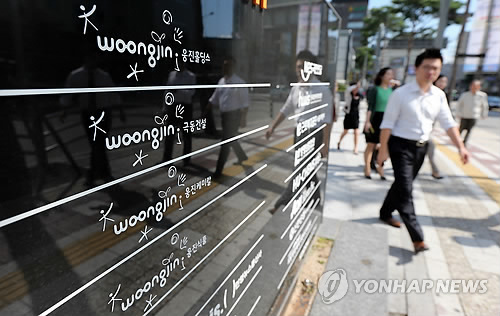 In 2013, then cash-strapped Woongjin sold a 30.9 percent stake in Woongjin Coway Co. for about 1.2 trillion won (US$1 billion) to MBK Partners, Ltd., a local private equity fund. The company was later renamed Coway Co.

“We sold Coway to MBK under the condition not to compete in the same field for the next five years, which expired as of Tuesday,” a company official said.

Last month, the company also announced its plan to buy back Coway from MBK Partners, without providing further details.

The company is expected to review both options of purchasing Coway and launching its own water purification business in a two-track approach, according to industry watchers.

In the third quarter of last year, Coway recorded an all-time high of 588.9 billion won in sales and an operating profit of 127 billion won helped by a robust performance in the overseas market.