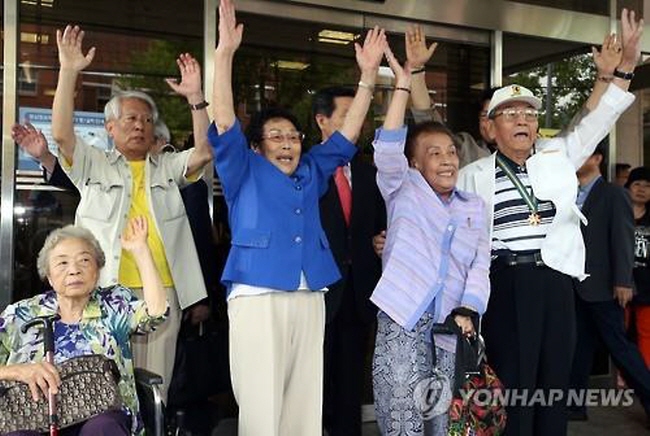 An appeals court ordered a Japanese firm Wednesday to compensate five South Koreans for forcing them into labor decades ago when Korea was under Japan’s colonial rule. (image: Yonhap)

GWANGJU, Jun. 24 (Korea Bizwire) – An appeals court ordered a Japanese firm Wednesday to compensate five South Koreans for forcing them into labor decades ago when Korea was under Japan’s colonial rule.

In 2012, they filed a lawsuit against Mitsubishi Heavy Industries Ltd., demanding compensation for their forced labor during the 1910-45 colonial rule.

In November 2013, the Gwangju District Court ordered the firm to pay a combined 680 million won (US$613,000) to four women and a fifth plaintiff whose two deceased family members were forced into labor.

The Gwangju High Court on Wednesday upheld the lower court ruling and ordered the Japanese company to pay three women 120 million won each, another victim 100 million won, and the fifth plaintiff 102 million won.

“The act of forced labor is an illegal act that goes against humanity,” Judge Hong Don-gi said.

“I do not know whether I would die today or tomorrow. There is not much time left,” said Yang Geum-deok, one of the victims. “Mitsubishi must offer an apology.”

The issue of forced labor is becoming increasingly urgent as most surviving victims are well over 80 years old and may die before they receive compensation or an apology from the Japanese firms.

The Japanese government as well as the companies that used forced laborers, however, have refused to pay any compensation, saying all issues regarding its colonial rule, including sex slavery and monetary reparations, were covered by a 1965 package agreement that normalized relations between the two nations.’