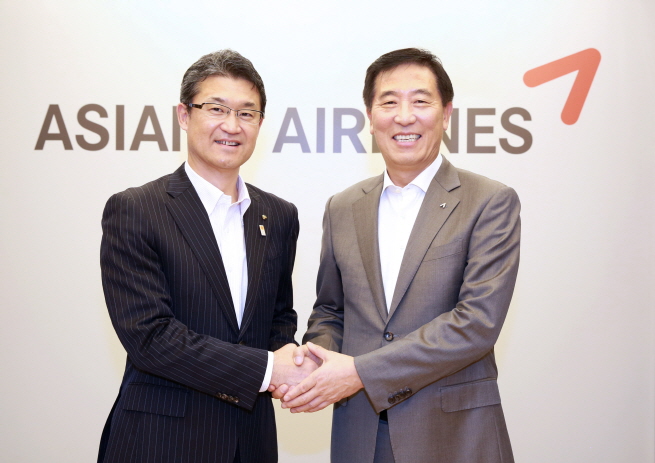 On Wednesday, Miyazaki Prefecture Gov. Kohno Shunji paid a visit to Asiana Airlines in Seoul to exchange views on ways to maintain the Incheon-Miyazaki route despite trade tensions between the two countries, the company said in a statement.

“South Korea is an important neighbor country for Miyazaki Prefecture, and we want more Korean passengers to visit the prefecture,” the Japanese governor was quoted as saying in the statement.

Asiana Airlines President and CEO Han Chang-soo said there should be continued exchanges in the public sector to help resolve the monthslong bilateral trade conflict.

Miyazaki Prefecture, a prefecture of Japan on the island of Kyushu, is one of the preferred sites for Koreans who want to play golf overseas, a company spokesman said.

Asiana is the only South Korean airline that has operated the route in the past 18 years and provides three flights a week.

Travel demand to Japan has been on a sharp decline since July when Japan implemented export restrictions on key materials to South Korea.