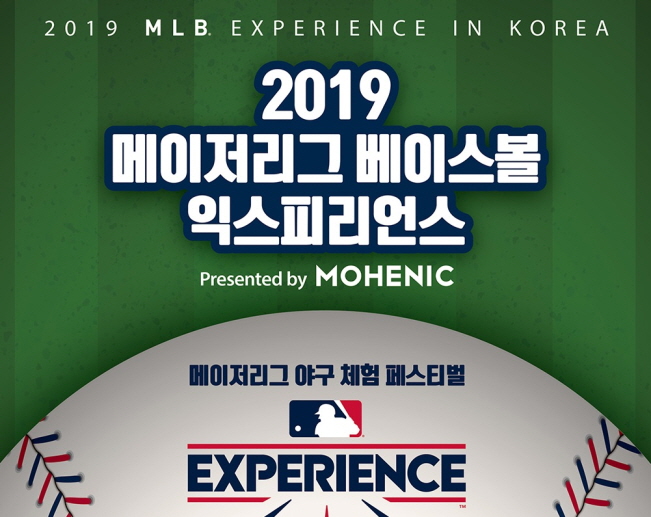 The promotional poster for MLB Experience in Korea. (image: To Go Communication)

To Go Communication, the PR agency for MLB Experience in Korea, said the event, originally scheduled to run from Thursday to Sunday, has been put on hold, after Mohenic Garages, the presenting sponsor and investment partner, failed to make its due payment.

The event was put together by MLB to bring South Korean fans closer to the world’s most prestigious baseball league, and a local firm, Global Entertainment Networks Inc. (GENI) E&C, was preparing to run the show here.

The festivities were supposed to include a home run derby featuring former stars from MLB and KBO on Saturday.

The MLB lineup was: Gary Sheffield, a nine-time All-Star and a five-time Silver Slugger with 509 career home runs; Derrek Lee, a two-time All-Star and a three-time Gold Glove winner at first base; Jimmy Rollins, the 2007 National League MVP; and Shane Victorino, who won two World Series rings and four Gold Gloves as an outfielder.

As part of the festivities, the organizers were going to bring the 2001 World Series trophy to Seoul. It was won by the Arizona Diamondbacks, which featured South Korean closer Kim Byung-hyun.