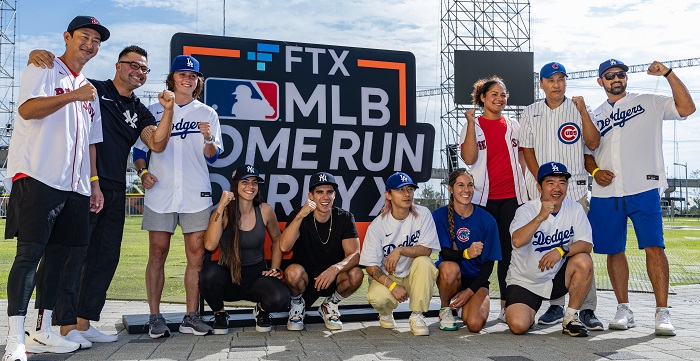 SEOUL, Sept. 16 (Korea Bizwire) — Well aware of a huge fan base for baseball in South Korea, Major League Baseball (MLB) is looking for ways to help grow the game’s popularity here, a senior official with the league said Friday.

MLB is bringing the “FTX MLB Home Run Derby X” to the western city of Incheon on Saturday.

At a press conference introducing the event at Paradise City Hotel, next to Incheon International Airport, Charlie Hill, MLB’s vice president of international strategy, said staging the home run derby in the Asian country can go a long way toward helping the baseball community here grow.

“We know that there is a huge baseball community of both fans and players in Korea, and we want to continue to find ways to support and engage with that community,” Hill said.

“It’s also important for us to find ways to help support the growth of that community as well. And central to that is finding ways to engage with new and younger fans of the sport so together we can help increase the footprint of the baseball community in Korea. And that’s why we’re doing things like the ‘Home Run Derby X initiative.’”

In this home run derby, hitters will swing at 25 pitches and take up to 10 pitches. They will get one point for every home run and also earn points by hitting targets — two of them set up 160 feet from home plate and another two beyond the outfield fence.

The opposition will have players in the outfield, and a catch of any ball that fails to clear the fence is worth a point.

“‘Home Run Derby X’ is an electrifying new baseball format, which really builds on a lot of the most compelling part of our sport, power hitting, and mixes in some unique elements to really showcase the sport to new audiences,” Hill said.

“It is very deliberately designed as a simple and fun format of baseball that helps new fans particularly but also existing fans celebrate and enjoy the sport.” 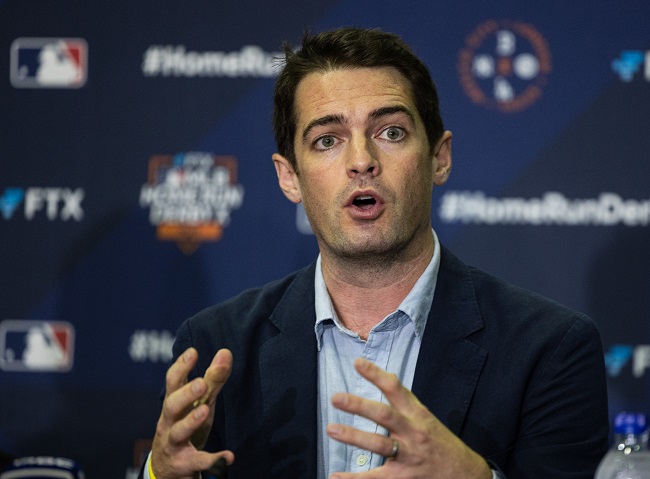 Each team will have a former big leaguer (Legend), a softball or women’s baseball star (Superstar) and an influential content creator (Wild Card). The new category of Hero has been added for the South Korean event only.

Park Yong-taik, who retired in 2020 as the KBO’s hits leader with 2,504, will be representing the Red Sox at the derby, along with former outfielder Jonny Gomes, softball player Jocelyn Alo and British football freestyler Liv Cooke.

Kim Tae-kyun, second on the all-time list with 1,141 walks and third with 2,209 hits, will be part of the Yankees, joined by former outfielder Nick Swisher, American softball player Erika Piancastelli and ex-Mexican artistic gymnast Daniel Corral.