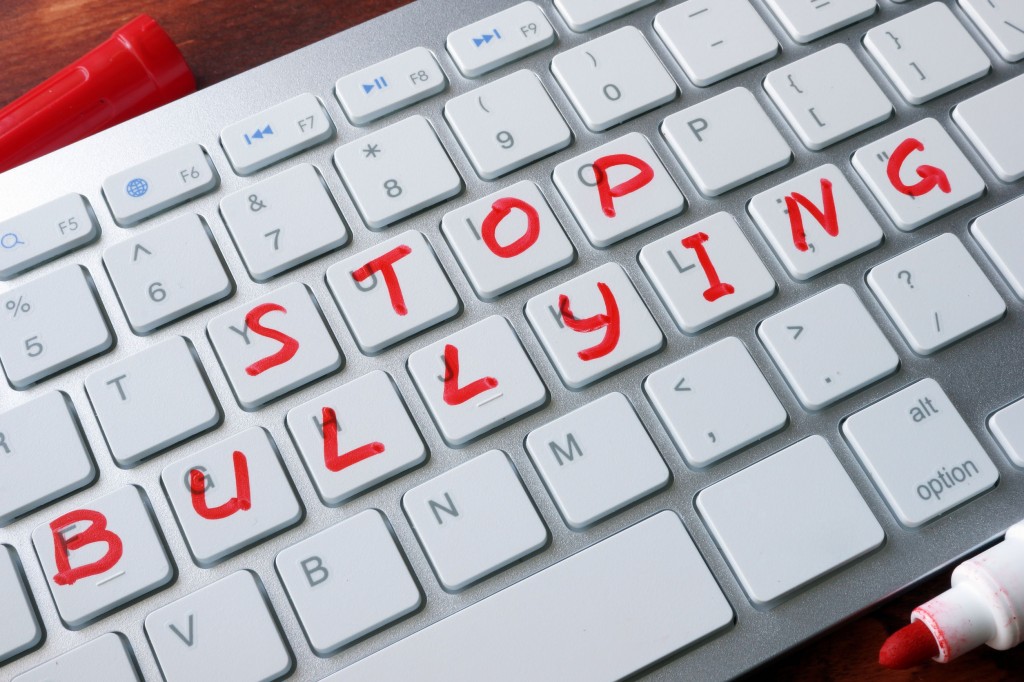 According to officials, about 63 percent of South Korean minors experience cyberbullying, which is unrestrained by time and place. (image: KobizMedia/ Korea Bizwire)

DAEJEON, April 17 (Korea Bizwire) – With zero exaggeration, the experience on the app is horrifying.

As soon as one launches the app, the user (victim) gets a fake phone call. When answered, a girl threatens the victim, telling her to reply to Kakao Talk messages. The app then asks the user for his or her name (although the app presumes that the victim is a female) to begin the actual experience, where all hell breaks loose.

The victim first gets Kakao Talk messages from the bully, which don’t stop until the victim opens the mobile messaging application. Once the victim enters the chat room, several other bullies are invited for a group chat, after which a verbal rant, mockery and insults begin. After much abuse, the bullies conspire to upload the pictures of them harassing the victim online, and leave the room.

Facebook notifications follow, and the victim is tagged with a video and photos, including a photo of the bullies feeding a female student (victim) food waste from the floor. 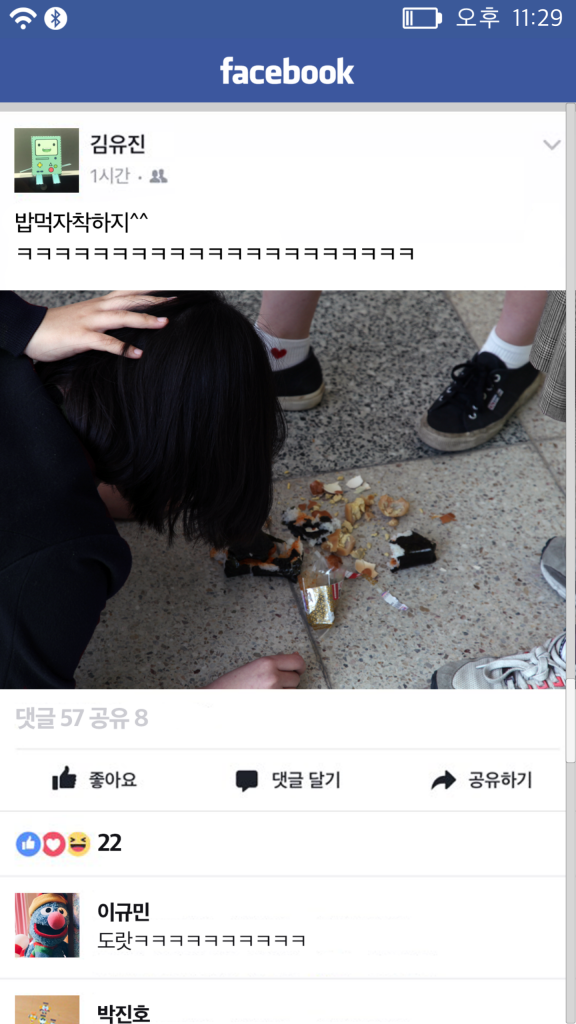 (image captured from the app)

After scrolling down the Facebook feed, the victim gets more messages (this time phone texts) of slurs and ridicule, and even texts from her anxious brother who apparently came across the Facebook photos.

Developed jointly by marketing company INNOCEAN Worldwide and a local association for the families of victims of school violence, the app, dubbed Cyberbullying Vaccine (translated), was launched on Saturday to promote the gruesome reality of school violence that is now prevalent in the virtual realm.

The simulation was based on actual cases of cyberbullying, although the developers had to censor much of the slander and downgrade the level of harassment for screening purposes. Officials do, however, plan to develop another app that gives a much more realistic experience for professional use at school violence prevention sessions for parents.

According to officials, about 63 percent of South Korean minors experience cyberbullying, which is unrestrained by time and place. And because its damages, unlike from physical violence, can rarely be visibly observed, it’s more difficult for parents and school faculty to discover the practice.

“The level of cyberbullying is critical, and it takes place from elementary to high school,” said an official from the victims’ parents’ association. “Through this app, we hope that parents better understand the emotional turmoil felt by the young victims, so that we can all work together to root out the practice of cyberbullying.”