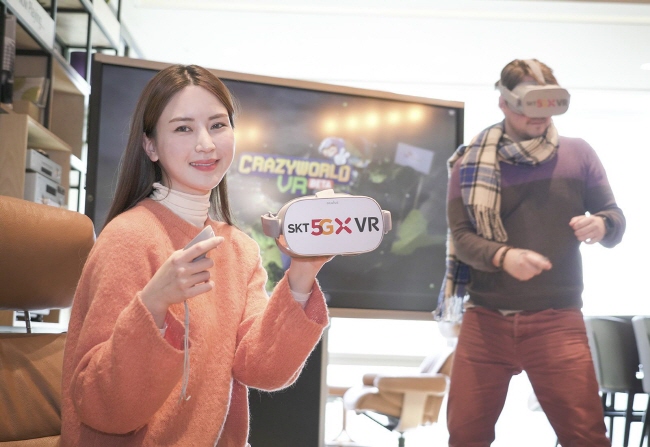 Taking advantage of 5G’s high speed and low latency, they are now rolling out VR content for various sectors — from entertainment and education — to stimulate the market.

Under the deal, SK Telecom and Pixelity will cooperate on game development, while Nexon will allow them to use popular characters from its online games.

The country’s largest mobile carrier also said it has partnered with psychiatry specialists at Yongin Severance Hospital to develop a VR video program named “Mindfulness Exercise” that aims to relieve stress in workers in their 30s and 40s.

“To expand and pioneer the VR service market, we are cooperating with various companies from development to marketing,” said Jeon Jin-soo, head of the 5GX service business division at SK Telecom. 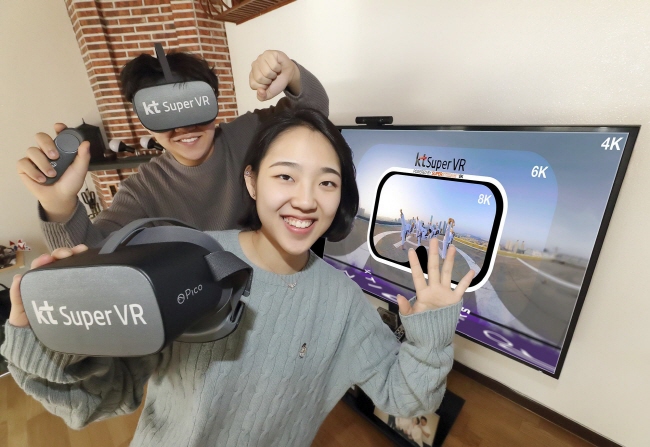 The company has been offering its 4K wireless standalone VR media service, Super VR, with various VR content since July.

To provide better 8K VR content, KT joined forces with VR content creator AVA Entertainment Co. They will together aim to produce 100 8K VR videos, with content ranging from K-Pop to South Korea’s traditional culture, by the end of this year.

LG Uplus has been offering a VR version of hit educational comic book series “Why?” since last week. The company also announced earlier this week that it has joined hands with the KBS Symphony Orchestra to create 5G-only VR content.

LG Uplus signed a partnership with Google last year under which the two sides will collaborate on VR content creation and global distribution.

South Korea’s No. 3 mobile carrier last month expanded its partnership with Google, working with it in the field augmented reality (AR) content.