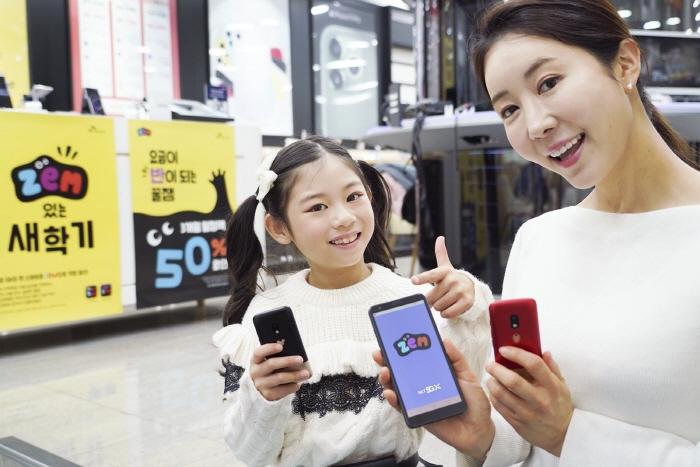 The mobile carriers unveiled new promotions and mobile phone products for kids this month, hoping they can win parents’ custom before the new school season starts in March.

Targeting primarily elementary school students, SK Telecom said it is offering a 50 percent discount on monthly charges for three months when children aged 12 or younger subscribe one of its “ZEM” monthly plans.

The country’s largest mobile carrier plans to launch a new handset exclusively designed for its ZEM children’s service next month.

The company already has a well-established mobile phone lineup for kids, which includes the LG X2 ZEM smartphone.

SK Telecom said its ZEM mobile application has been upgraded this year with better parental controls. Now, parents can even manage the blue light levels of their kids’ smartphones through the app. 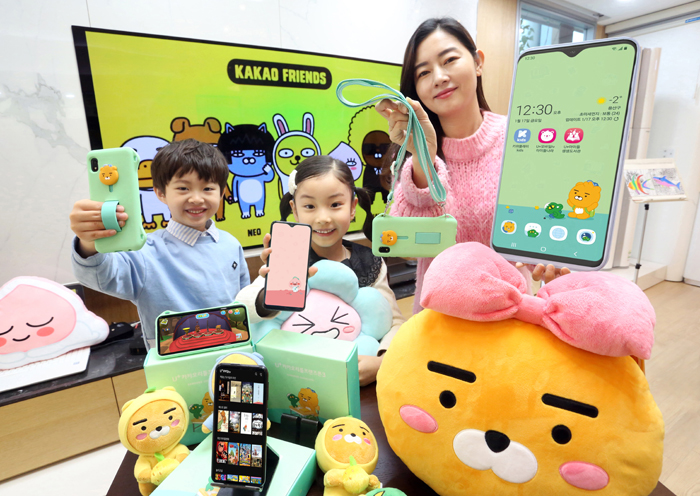 This photo provided by LG Uplus Corp. on Jan. 16, 2020, shows models promoting the company’s Kakao Little Friends Phone 3 designed for children at an event in Seoul.

The handset’s design is based on the emoticon characters of Kakao Talk, the country’s most popular mobile messenger app. The mobile device is priced at 239,800 won (US$205) at LG Uplus stores.

It offers a maximum 11,000 won discount on monthly charges for six months when children aged 12 or under subscribe to the monthly plan.