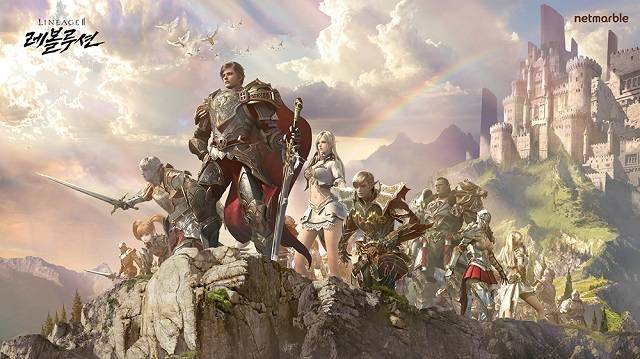 Netmarble, South Korea’s No. 1 mobile game developer and publisher, announced on Friday that its sales for the first half of this year came to 1.22 trillion won (US$1 billion) on the back of the global popularity of its latest mobile game “Lineage 2 Revolution.”

It marked the first time for the company to top 1 trillion won since its foundation in 2001, and some watchers cautiously predicted that Netmarble’s revenue may top that of Nexon.

Sales for Nexon, meanwhile, came to 1.23 trillion won during the same period.

Netmarble Games has produced some of the most successful mobile games, including “MARVEL Future Fight,” “Seven Knights” and Lineage 2 Revolution in December last year. The company successfully debuted on Seoul’s bourse in May.

Lineage 2 Revolution, the mobile role-playing game, has gained huge popularity after its release in 11 Asian countries. It has raked in 20 billion won in revenue within just one month after its launch on the local market.

“Lineage M” by online game publisher NCsoft Corp. also had maintained the most popular app both in the Google Play Store and Apple’s App Store in South Korea before the launch of Lineage 2 Revolution.

The company reported weak performance for the second quarter despite a rise in sales in part due to the poor performance of the company’s computer game business.

They said Lineage M faces stiff competition from local game makers during the second half of this year, including Nexon’s “Dark Avenger 3.”

Last month, Nexon launched the third edition of its mega-hit series “Dark Avenger,” which has racked up more than 35 million downloads worldwide.