It is the group’s second English album after “All Above Luv” released in February 2020.

“This album will once again make us realize that all of us, some of whom have lost lots of things and some others have found hope in 2021, are connected by the medium of ‘music,” the agency said in a release.

Leading the album will be “You Problem,” an exciting disco-style song.

Also included are “Tied to Your Body,” “Whispers in the Dark” and “Blame Me,” songs showing various aspects of Monsta X. 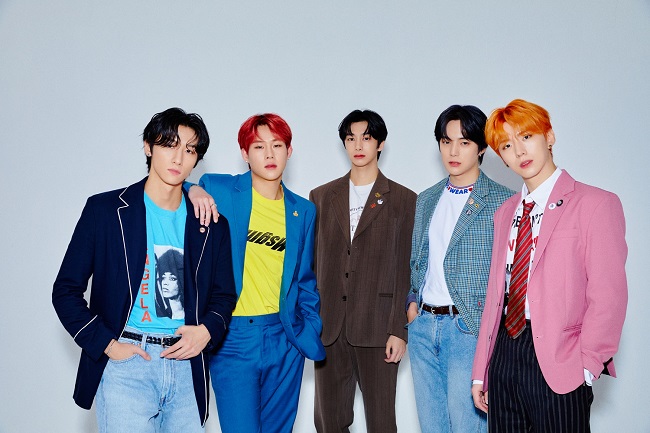 “Not only will it show Monsta X’s unique musical color but it will also provide a different charm from the group’s Korean albums and serve as a heartwarming year-end gift for music fans around the world,” the agency said.

The six-piece group plans to continue overseas activities to promote the new album.

The band will perform “One Day,” its single released in September, on ABC’s “Good Morning America” on Monday. Later in the day, the K-pop group will hit the stage for the iHeartRadio’s Jingle Ball tour in Philadelphia.