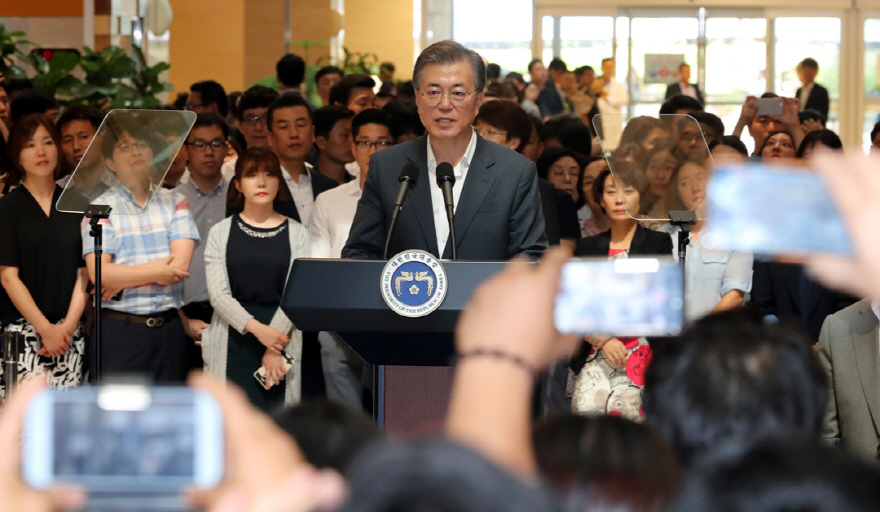 SEOUL, Aug. 9 (Korea Bizwire) — President Moon Jae-in on Wednesday introduced a government move to significantly reform the state-run health care program that will greatly reduce the medical expenses of patients, especially those in the low-income bracket, while providing new and enhanced benefits.

At the same time, the president vowed to keep the rise in insurance payments at a minimum.

“Medical expenses continue to increase. The number of people spending more than 5 million won (US$4,406) a year stands at around 460,000. Medical costs are leading to failures of families,” he said while meeting with patients at a local general hospital, according to a script of his remarks released by the presidential office Cheong Wa Dae.

The president also noted high medical spending was the second largest cause of households dipping into the lowest income bracket, following unemployment.

He said efforts to improve the health care system will immediately begin and continue throughout 2022.

“We will build a country where every person is free of concern over medical costs and can receive treatment for any disorder without having to worry about expenses,” Moon said.

First, the government will expand the type and number of treatments entitled to insurance coverage.

Currently, patients must solely bear the cost of any treatment that is not specifically covered by the state insurance program.

In the future, all will be covered by the state insurance program except for treatment that is clearly not included, such as plastic surgery, Moon said.

Also, the upper ceiling on the annual medical spending that must come out of one’s own pocket will be lowered, more than doubling the number of people who will benefit from the annual limit to 1.9 million in 2022 from the current 700,000, the president noted.

“In addition, the upper limit for those in the lower 30 percent income-bracket will be reduced to 1 million won per year,” he said.

Such measures, once implemented, will help reduce annual medical spending of all people by an average 18 percent, and 46 percent for the low-income population, Moon noted.

The president said the additional benefits will require an additional 30.6 trillion won over the next five years.

About 10 trillion won will come from the accumulated profits made by operating the massive health care fund, while the government will shoulder the rest, he added.

“The government will work to make sure that insurance payments will not increase at a greater rate than the average rate of the past 10 years,” the president said.