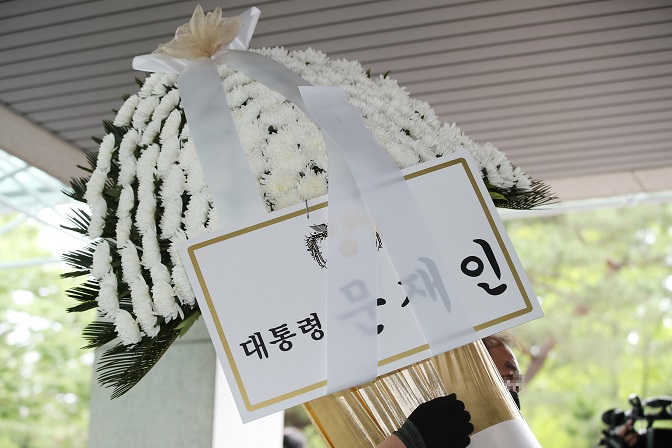 Moon was quoted by Noh Young-min, presidential chief of staff, as saying that the abrupt death is “very shocking”.

The president noted that he had a long relationship with Park, going back to when they studied at the Judicial Research and Training Institute together in the early 1980s.

They passed the state judicial exam together in 1980. Both Moon and Park were human rights lawyers before joining the liberal Democratic Party. 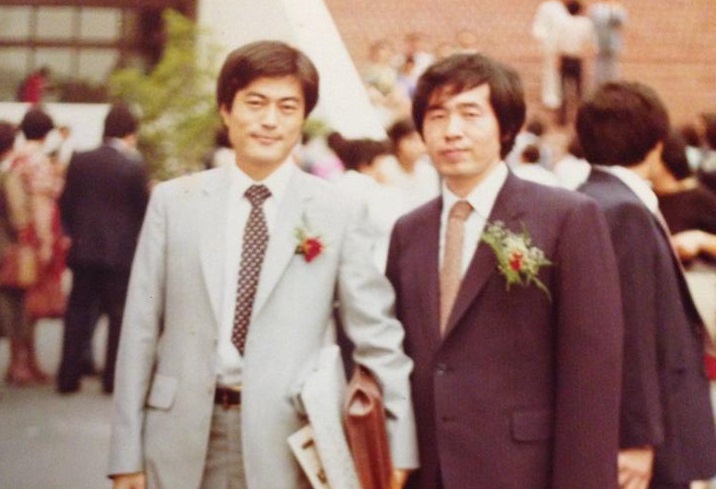 In this file photo from 1982, President Moon Jae-in (L) and late Seoul Mayor Park Won-soon pose for a commemorative photo during the graduation ceremony at the Judicial Research and Training Institute. (Yonhap)

Park apparently took his own life the previous day amid reports that one of his female former assistants had filed a complaint with police against him, claiming she had suffered sexual harassment.

Park was found dead shortly after midnight on Mount Bugak near his official residence and Cheong Wa Dae in the capital city. His body was immediately transferred to the hospital.

Park’s funeral is slated for Monday.

The presidential office delayed the announcement of the New Deal package by one day to Tuesday, apparently in consideration of the planned funeral.

Moon was scheduled to announce key measures to create jobs and foster economic growth to ward off economic damage from the COVID-19 pandemic on Monday.