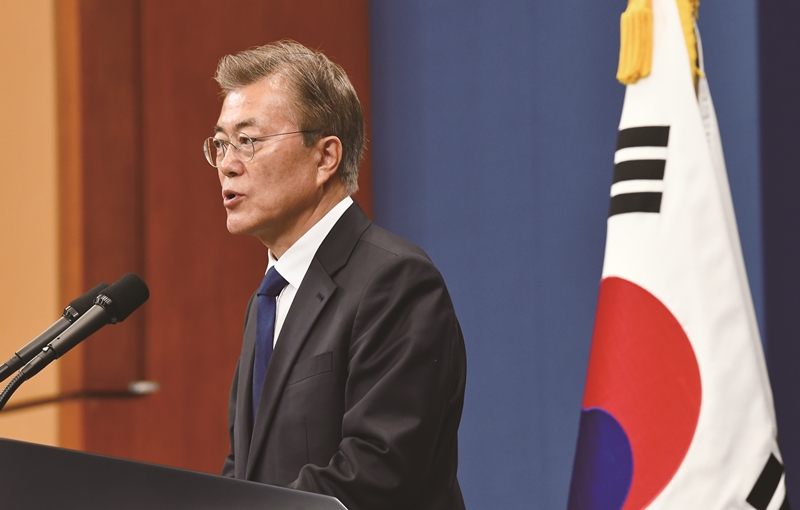 Lee Joung-do, Moon’s secretary for general affairs, said that the president would also use his own money for family meals, commodities and private events, except for meetings arranged for official purposes.

“It is the president’s resolve to make a clear distinction between what can be bankrolled by taxpayers’ money and what cannot,” Lee said during a press briefing.

“From now onwards, the presidential office will stop offering any financial support for (Moon’s) family meals and private items except for official presidential events,” he added.

For this year, a total of 16.1 billion won (US$14.4 million) has been set aside for special presidential activities. As of May, 12.6 billion won remains unused.

Cheong Wa Dae said that this year, Moon’s secretariat will use 7.3 billion won, while the remaining funds — 42 percent of the total — will be spent on helping create jobs for young adults and support the marginalized.

The budget for next year will be reduced by 31 percent, Cheong Wa Dae said.