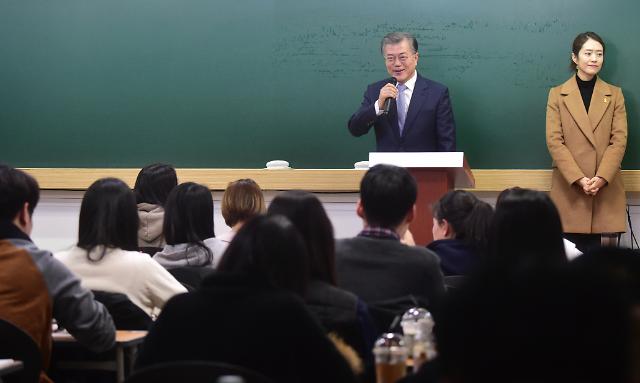 SEOUL, May 30 (Korea Bizwire) – The number of employees working for local governments has exceeded 300,000 for the first time, topping 303,401 as of end of last year, announced the Ministry of the Interior on Monday.

South Korea first adopted regional municipalities in 1995, when local governments hired 277,387 employees. The number of firefighters saw the biggest increase over the period from 20,440 to 43,786, while officials in the welfare sector also rose drastically to 19,327 from a mere five.

Gyeonggi Province, which surrounds Seoul, had the highest number of government employees at 49,875 as its population continues to rise. By the end of 2016, the province of 28 cities was home to 12.7 million people.

Public service positions, mostly selected through highly competitive government exams, have become some of the most preferred occupational choices for young South Koreans searching for stability, amid uncertainty in the local job market.

Moon’s ultimate goal is to create 1.31 million new jobs, 810,000 of them public, as he promised during the election campaign, although he still faces strong skepticism from opposition parties. The new administration said that it will hire 12,000 more public servants in the latter half of 2017 to begin with.

Nationwide, there are a little over 1 million government employees, accounting for roughly 6.5 percent of the economically active population, which the government argues is far short of the OECD average of 15.5 percent (2013 OECD data).

“We’ll continue to bring more jobs to the public sector, including 12,000 additional public servants to be hired this year,” said Kim Jin-pyo, the head of the presidential State Affairs Planning Advisory Committee. “As a major employer, the government should set an example of creating quality jobs, encouraging businesses to follow its lead.”