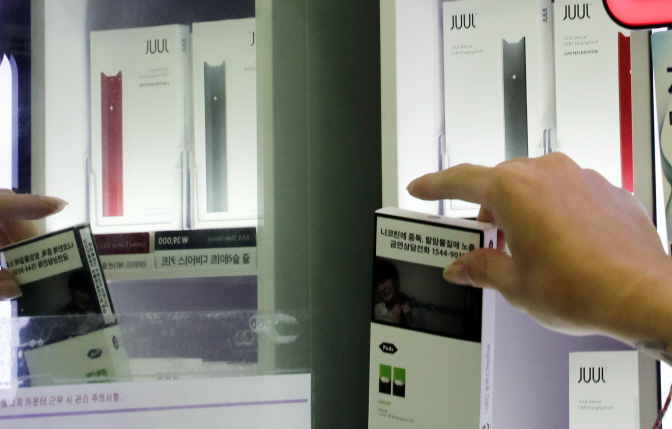 SEOUL, Oct. 26 (Korea Bizwire) — More convenience stores in South Korea are suspending sales of liquid type e-cigarettes following a government warning for people not to use such vaping products due to serious health risks.

Convenience store chains Emart24 and 7-Eleven announced Saturday they will halt sales of three flavored liquid e-cigarettes made by U.S. maker Juul Labs and one from state-run tobacco maker KT&G.

The two retailers allowed their convenience stores to sell their remaining inventories of liquid type e-cigarettes, but confirmed that there will be no additional stocks of such products.

After the government issued a warning against liquid type e-cigarettes on Wednesday, GS25 announced next day it would stop sales of vaping products, and CU did the same on Friday.

There are about 45,000 convenience stores in South Korea, and the top four players — CU, GS25, 7-Eleven and Emart24 — account for 90 percent of stores nationwide.