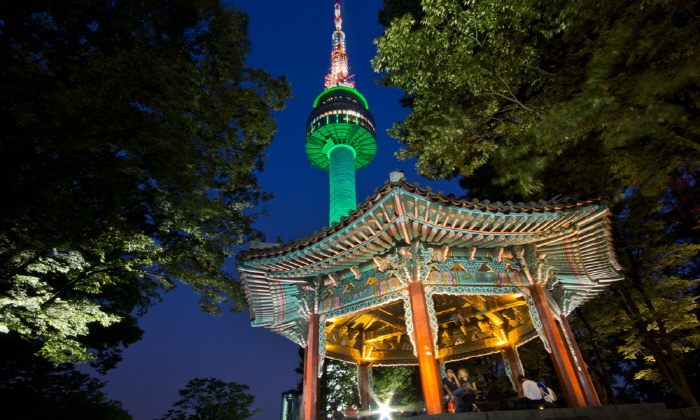 SEOUL, Jul. 30 (Korea Bizwire) — The number of foreign tourists to N Seoul Tower, one of the most popular tourist spots in the South Korean capital, has been on a steady rise in recent months due apparently to more Chinese visitors, its operator said Monday.

Foreign visitors to N Seoul Tower on Mount Nam in central Seoul were 18 percent more in June than the same month a year earlier, according to CJ Foodville, the restaurant arm of food and entertainment conglomerate CJ.

“The number of visitors to N Seoul Tower seems to have started picking up since March,” a company official said. “It’s probably due to the return of Chinese tourists, though specific data have yet to come out.”

In March last year, China took a set of retaliatory measures against Seoul, including a ban on group tours, following the installation of an advanced U.S. missile defense system in southeastern South Korea.

Eight months later, however, Seoul and Beijing agreed to put their bilateral ties back on track by lifting the ban and other sanctions.

In the first half of last year, the number of visitors to N Seoul Tower plunged in the aftermath of the Chinese sanctions, with the figure plummeting 30 percent on-year in June alone.

Years ago, the iconic tower was extremely popular among Chinese tourists as it was one of the shooting sites for “My Love from the Star,” a South Korea romantic fantasy TV series that became a smash hit in China.