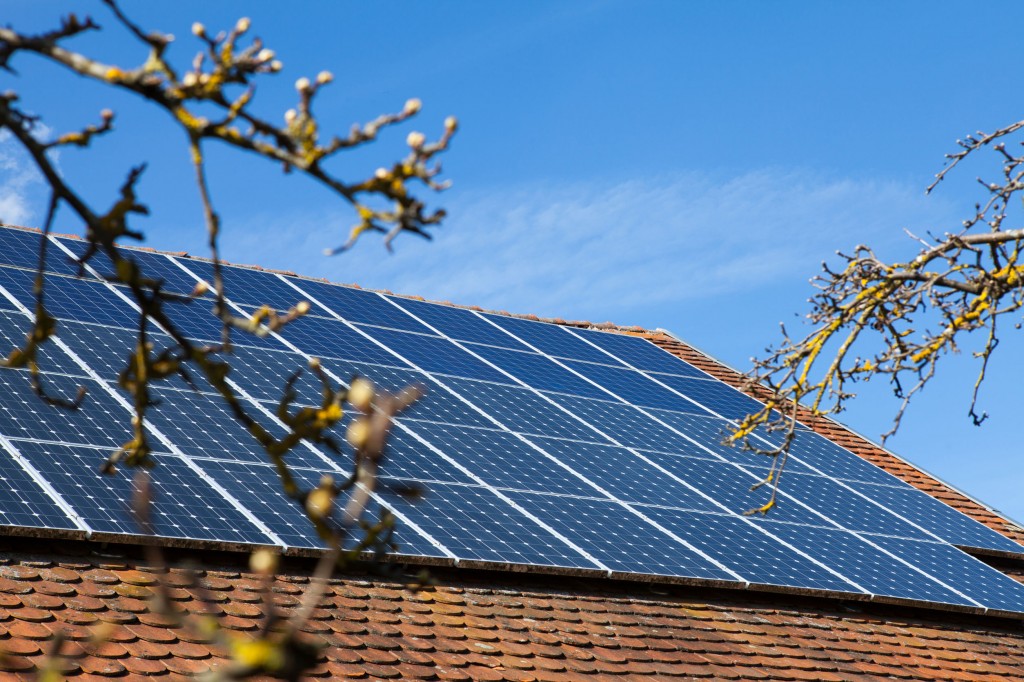 According to the data compiled by Korea Electric Power Corp. (KEPCO), some 165,449 homes had rooftop solar panels as of June this year to make up part of their electricity demand.

Over the cited period, the amount of electricity generated by these rooftop solar panels increased to 512,641kW from 90,911kW, it said.

A total of 159,205 solar panels were installed on homes with their portion reaching 96.2 percent.

Households using solar panels saved an average of 93,000 won in electricity bills every month, with their average electricity generation amounting to 324kWh.

Industry sources said more households may have solar panels down the road amid a public outcry about soaring electricity bills, as they heavily relied on air conditioners to cope with the unprecedented heat wave this summer.

The country’s progressive rate on electricity costs became an issue this year when household demand for air conditioning spiked due to the record-breaking heat wave.

Critics said the current system is outdated, formulated before air conditioners became a common fixture in the home. Yielding to pressure from the parliament and civic groups, the government temporarily waived the progressive rate and introduced a way for households to pay bills in installments.

The system, however, is not available for industries, which account for over half of the country’s energy consumption.