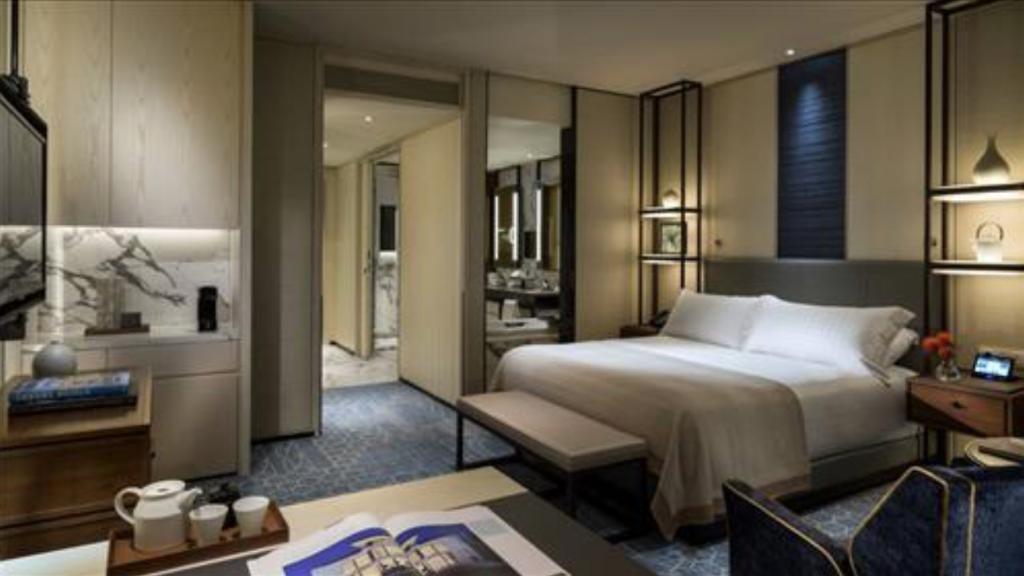 Such a wave of luxury hotel establishments in Seoul was sparked by the opening of the Four Seasons Hotel Seoul in October 2015, which drew attention as it was the first five-star international brand to be situated in the main business district of Gwanghwamun. (image: Yonhap)

SEOUL, Feb. 24 (Korea Bizwire) – Luxury international hotel chains are scrambling to expand their establishments in key districts of Seoul, on the back of increasing demand from local residents opting for overnight relaxation as well as the steady growth of foreigners, industry sources said Friday.

Located from the 76th to 101th floor of the tallest building in the capital city, the hotel will house 235 guest rooms, including 42 suites, the company said.

Hotel chains have been waging tough competition in setting up more prestigious hotels in Seoul as short stays at a five-star hotel in downtown have become increasingly popular among Koreans, especially those in their 30s and 40s with financial means to spare for luxury, market watchers said.

Also it’s become almost a ritual in Korea for many of these guests to share those moments via online blogs or social network services (SNS) like Facebook, which market watchers said in part helped fuel demand.

Such a wave of luxury hotel establishments in Seoul was sparked by the opening of the Four Seasons Hotel Seoul in October 2015, which drew attention as it was the first five-star international brand to be situated in the main business district of Gwanghwamun.

With the industry competition expected to get tougher, hotel chain operators are beefing up efforts to stand out by offering more distinguished services to lure in guests from here and abroad.

“We see a bright outlook for the Korean market. We need to make sure we provide something different for our guests because that’s what they want,” a hotel official said.

In September, another exclusive hotel, jointly built by Ambassador Hotel and French hotel chain AccorHotels is set to open in Yongsan, followed by Marriott Hotel’s plan to open a Four Points By Sheraton in November, in the posh southern district of Gangnam.