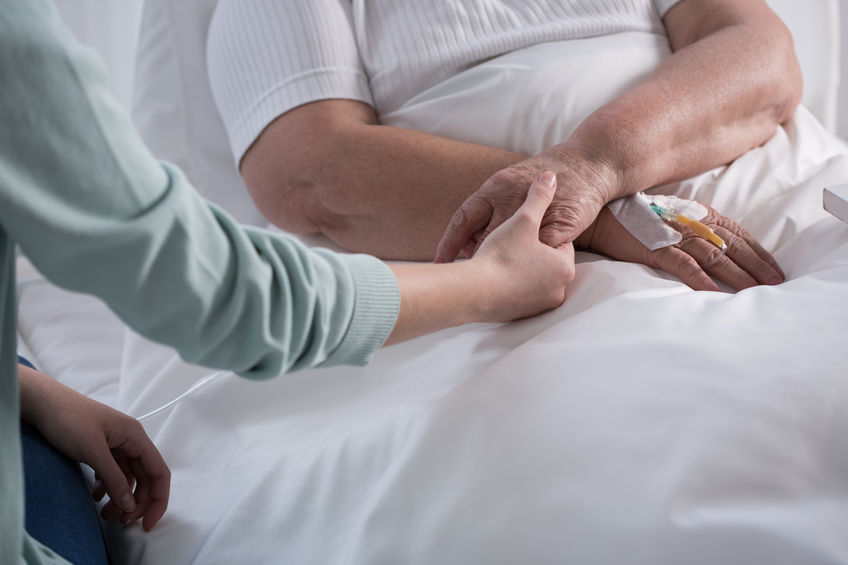 According to data released by the Ministry of Health and Welfare and the National Cancer Center on Tuesday, over 1,000 terminal cancer patients took advantage of home hospice services during a trial period between March 2016 and last July. (Image: Yonhap)

According to data released by the Ministry of Health and Welfare and the National Cancer Center on Tuesday, over 1,000 terminal cancer patients took advantage of home hospice services during a trial period between March 2016 and last July.

Among the 785 patients who died in 2016, 71 percent passed away at medical institutions, while nearly 21 percent did so at home.

With one in five home hospice service users dying at home, the data showed an increasing number of terminal cancer patients died at home after receiving home care.

“(The figures) show that many people now use home hospice services, as more patients and family members prioritize death with dignity,” the health and welfare ministry said.

A survey conducted by the National Health Insurance Service in 2014 showed over 57 percent of the South Korean public wished to end their life at home, with just over 16 percent wanting to spend their last days in hospital.

During the trial period, 312 out of 4,328 patients used home hospice services, while 776 received hospice care both at home and in hospital.

Data collected by 77 hospice service institutions in South Korea shows that 13,662 out of 78,194 terminal cancer patients used hospice services in 2016 alone, up 2.5 percentage points from the year before.

When asked about the new program, 93 percent of the family members of the patients who received home hospice services answered positively, while only 58 percent of those who stayed in hospital showed approval.