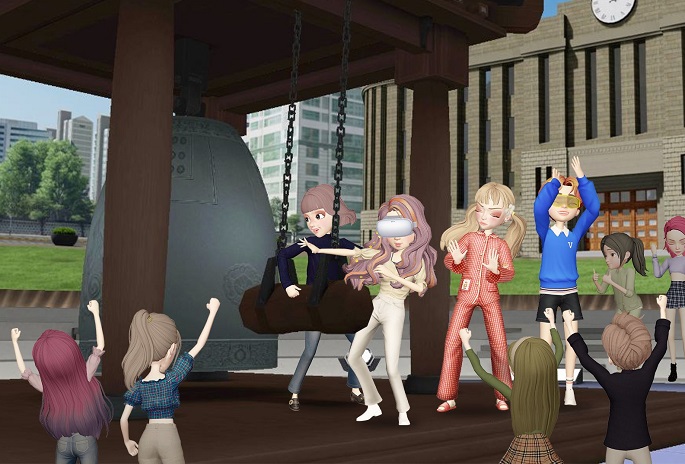 This image provided by SKT shows a metaverse bell-ringing ceremony.

SEOUL, Jan. 6 (Korea Bizwire) — More than 16,000 people joined a year-end bell-ringing festival hosted by the Seoul city government in the metaverse, the digital arm of the city said Thursday.

The Seoul Digital Foundation said an accumulated 16,067 people joined the metaverse festival marking the new year during its eight-day run from Dec. 25.

The metaverse event included a midnight bell-ringing ceremony on New Year’s Eve, to which some 3,000 people connected simultaneously, according to the foundation.

The popular year-end bell-ringing celebration that used to be held at Bosingak Pavilion in central Seoul was canceled last year and switched to the metaverse due to the prolonged COVID-19 pandemic.

Held via the metaverse platform ifland, operated by mobile carrier SKT, the event featured Seoul Plaza as the background and included a video clip showing a bell-striking ceremony at Bosingak, the foundation said.