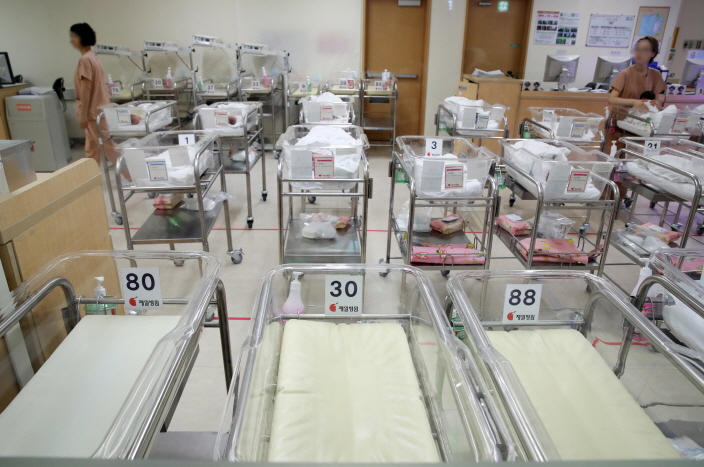 The decline in childbirths is blamed on a decline in the number of marriages. (image: Yonhap)

According to the data compiled by Statistics Korea, 1.32 million couples got married in the five years up to November 2018, down 4.2 percent from a year ago, with 79.6 percent consisting of first-time brides and grooms.

Of that total, 40.2 percent of newlywed couples had no kids last year, up 2.6 percentage points from the previous year.

The proportion was 45.7 percent for couples in which both spouses work. Among couples with a single breadwinner, however, only 34.3 percent were childless.

The statistics office said South Korea’s total fertility rate could remain below 1 until 2024 before edging back to above 1 in 2025 and reaching 1.27 in 2040.

The decline in childbirths is blamed on a decline in the number of marriages.

Some young South Koreans are opting to distance themselves from life’s three major milestones — dating, marriage and having children — because they cannot find decent jobs amid a prolonged economic slowdown.