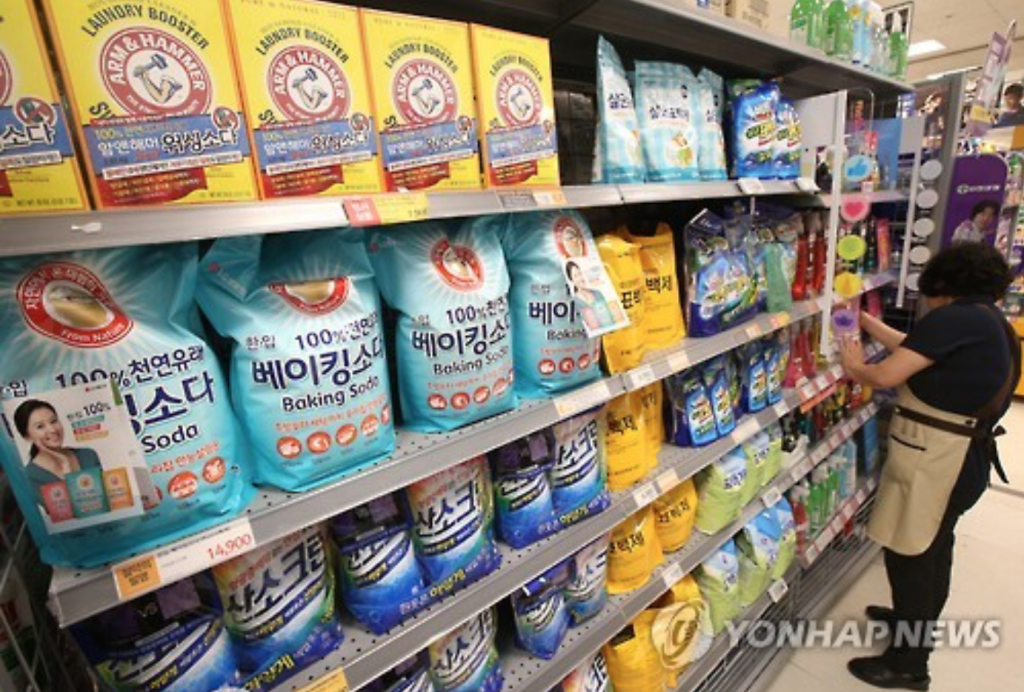 No products of Britain’s Oxy Rekitte Benckiser are found on the shelves of a retail store in Seoul amid a consumer boycott on June 27, 2016. (image: Yonhap)

SEOUL, Aug. 5 (Korea Bizwire) – The toxic humidifier sterilizer case has left over 200 dead, with the potential number of victims believed to surpass 2.2 million.

Although the controversy seems as though it’s finally coming to an end following the announcement of monetary compensation to victims of up to 350 million won ($314,000) by Oxy Reckitt Benckiser (RB), some issues have yet to be resolved, and require further explanation.

The government was recently found to have been declaring PHMG (polyhexamethylene guanidine), the toxic material contained in Oxy RB’s humidifier sterilizer, as harmful, but under another name, for over a decade.

The Ministry of Employment & Labor said Wednesday in a press release, “We received an investigative report in 1997 from Yugong (currently SK Chemicals) that PHMG is harmful. We also confirmed that PHMG was declared under the name of ‘YSB-WT’ in the official gazette.”

The ministry also added that the “reason why we used the title YSB-WT is because its developer Yugong requested protection of information regarding the newly-developed chemical material,” and that it “informed the Ministry of Environment and related government departments of its toxicity and management measures.”

The statement is the ministry’s official explanation to the accusation received on July 26 during the investigation of state administration at the national assembly that the government kept the information concealed until 2011, despite acquiring a report that clearly indicated the toxicity of PHMG, and that it did not conceal its identity but only announced the product under another name.

Yet, the public is not convinced. In the words of lawyer Song Gi-ho from Lawyers for a Democratic Society, “We cannot accept that the announcement of (the material’s) toxicity that was made under a false name was the official announcement for PHMG’s harmfulness.” He further criticized the ministry saying, “We could have stopped the deaths of hundreds of victims if the ministry didn’t use an incorrect title.”

Song also demanded further investigation regarding the details of the incident, and emphasized that the time limit for information protection that Yugong requested in 1997 is theoretically three years, but it instead lasted for 19 years.

PHMG, when inhaled, harms the lungs, eventually stiffening them. It was widely used as the main constituent of humidifier sterilizers manufactured not just by, Oxy RB but also Lotte Mart and HomePlus.