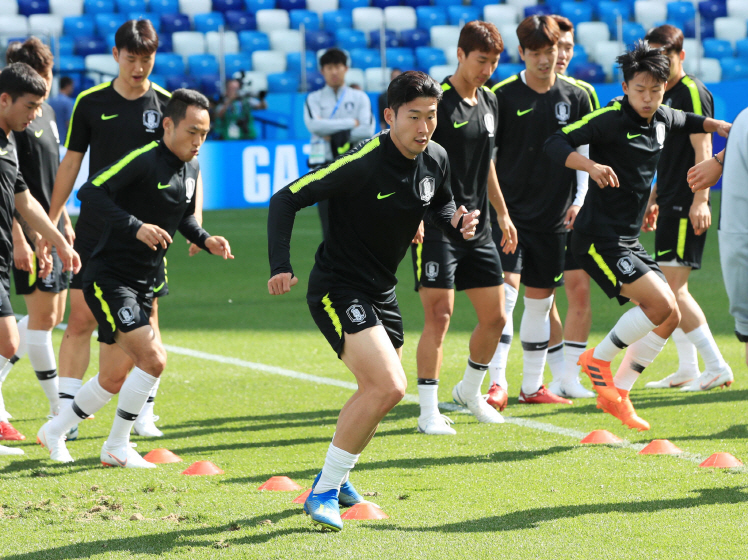 SEOUL, Jun. 18 (Korea Bizwire) – More than half of South Koreans believe their national football team will fail to advance from the group stage of the ongoing FIFA World Cup in Russia, a poll showed Monday.

In a survey of 500 South Koreans aged 19 or older by Realmeter, 54.7 percent said they didn’t think South Korea would survive Group F. South Korea will open their campaign later Monday against Sweden, and will face Mexico on Saturday and Germany on June 27.

At 57th in the world, South Korea are the lowest-ranked team among the four and are widely considered the biggest underdogs in Group F.

The survey had a 95 percent confidence level, with a margin of error of 4.4 percentage points.