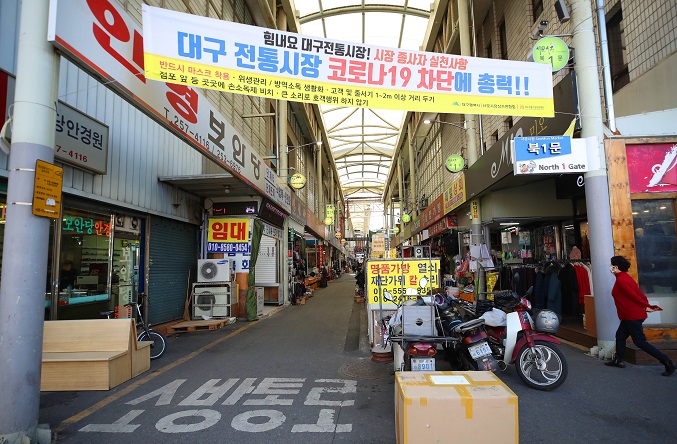 A traditional market in the southeastern city of Daegu shows little traffic on Feb. 2, 2021, despite its peak season ahead of the Lunar New Year’s holiday. (Yonhap)

The country has banned gatherings of five or more people across the country to further slow down the COVID-19 pandemic since last month.

According to a survey on 1,000 adults conducted by the Ministry of Health and Welfare on Jan. 27 and 28, more than 7 out of 10 people said the ban on private gatherings of more than four people was effective in curbing the spread of the pandemic.

However, 56 percent of the respondents said rules should be eased to allow family meetings of more than four people during the upcoming holiday.