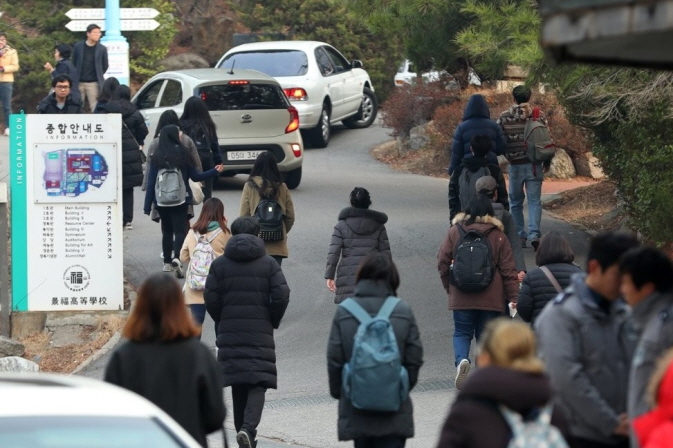 JobKorea, the operator of a job search portal, and Albamon, a recruitment website for part-timers, jointly conducted a survey of 2201 university students and workers in their 20s and 30s.

The results showed that 44.4 percent of all respondents said they will take civil service exams this year.

Of the respondents, 47.5 percent of university students, a near majority, revealed their intention to take civil service exams. Meanwhile, more than half, 58.7 percent, of job seekers decided to take exams.

Furthermore, even among workers, 30.3 percent, or three out of 10 said they would take civil service exams this year.

Over the past five years, the proportion of public servant applicants in their 20s and 30s preparing for civil service exams has increased significantly.

According to a similar survey conducted by JobKorea in 2016, 38.8 percent of those in their 20s and 30s were preparing for civil service exams, but the figure was up 5.6 percent point to 44.4 percent this year.

In particular, the proportion of public servant applicants among those employed rose 17.2 percentage points to 58.7 percent from 41.5 percent.

The main reason behind the surge of applicants for civil service in their 20s and 30s was “To have a stable job until retirement age,” which accounted for an overwhelming 75.1 percent.

Another 39.4 percent cited “Great welfare and working environment”, 39.5 percent chose “To receive retirement pension”, and 27.8 percent said “To leave work at a regular time every day.”