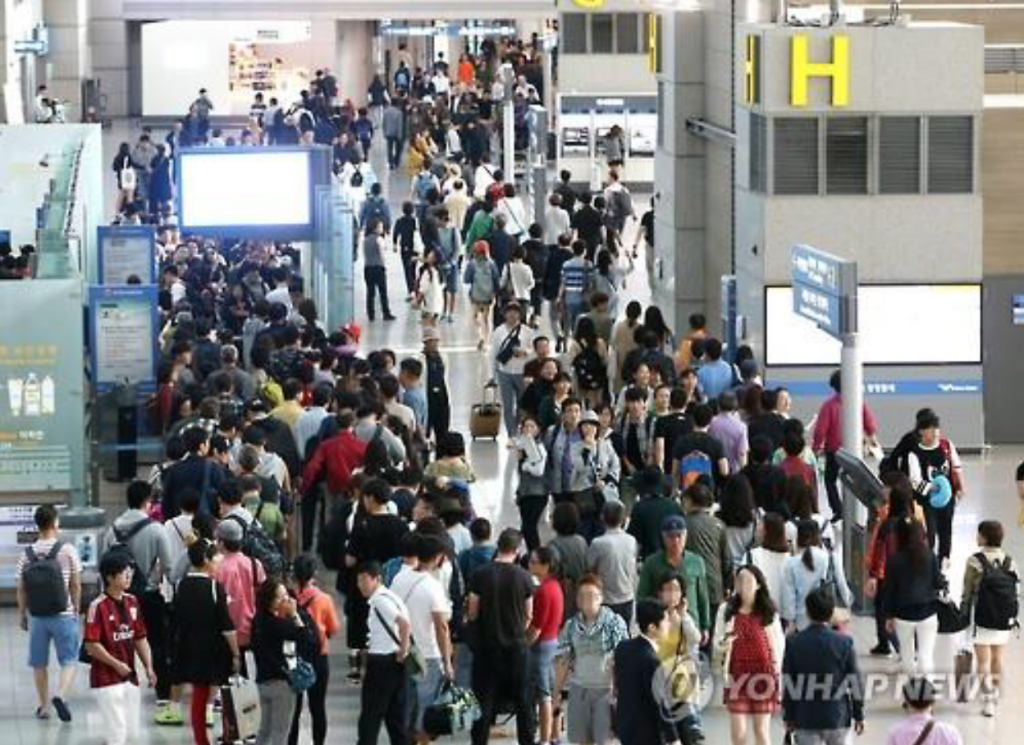 Outbound travelers line up for a security checkpoint at Incheon International Airport, west of Seoul, on Sept. 24, 2015, ahead of the Chuseok holiday. (image: Yonhap)

HanaTour said departure reservations for the Sept. 13-15 holiday period were counted at 26,500 people as of Thursday, up 29 percent from last year.

Chuseok, one of the most celebrated holidays in the country, falls on Sept. 15 this year, with the preceding and following day included in the holiday period. A weekend immediately follows.

For HanaTour, travel to Southeast Asia jumped 58 percent from last year, accounting for 40 percent of all trips planned through the company. China accounted for 28 percent and Japan 21 percent.

For Interpark Tour, demand for long distance trips increased. Reservations to the South Pacific increased 57 percent and those to Europe 24 percent. Bookings of package tours for Chuseok on Interpark Tour increased 3 percent on-year.

“In case of Europe, the eastern European region was more preferred,” a company official said. “This is because the price range became cheaper for seats on foreign carriers.”

A separate tally by Skyscanner, an online site that compares trip prices, showed South Koreans’ most preferred destination for Chuseok this year is the Japanese city of Osaka, the same as last year. Taipei, Jeju Island, Tokyo, Bangkok and Hong Kong followed next.