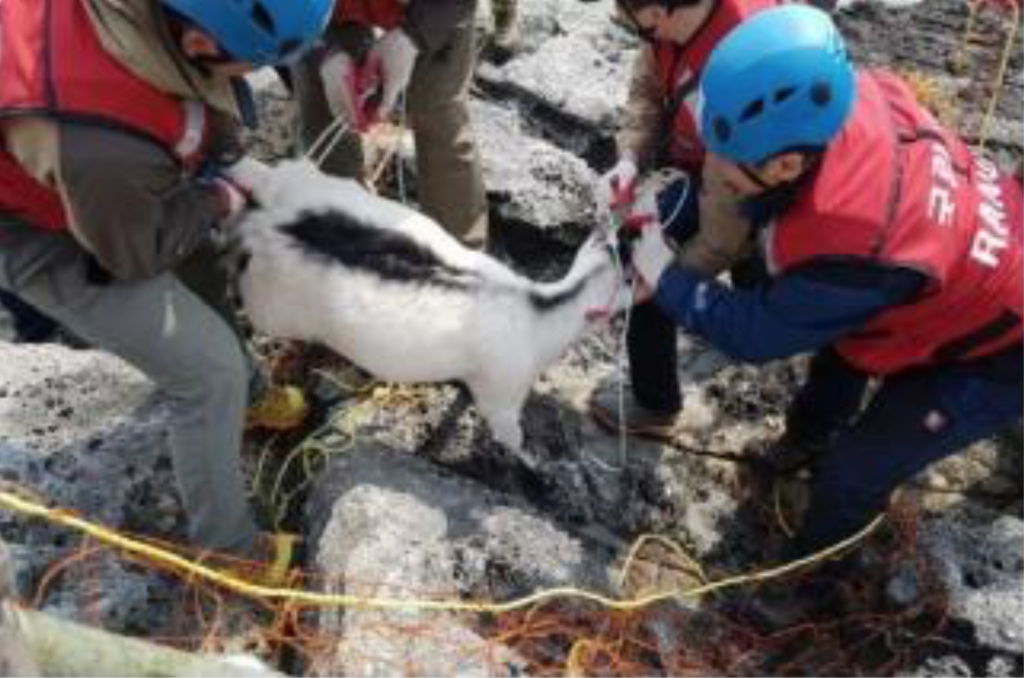 More than 2,840 goats have been captured on the islands since 2007. (image: Korea National Park Service)

The goal is to capture 80 goats that roam on seven uninhabited islands in the area. According to officials, the goats not only feed on the grass, but also tree bark and roots, severely damaging the ecosystems on the islands. In fact, goats (capra hircus) are designated as one of world’s 100 worst invasive alien species by the International Union for Conservation of Nature.

The goat population on these South Korean islands has increased dramatically since the 1970s and the 80s, after locals hastily pastured the animals to raise their incomes. More than 2,840 goats have been captured on the islands since 2007. 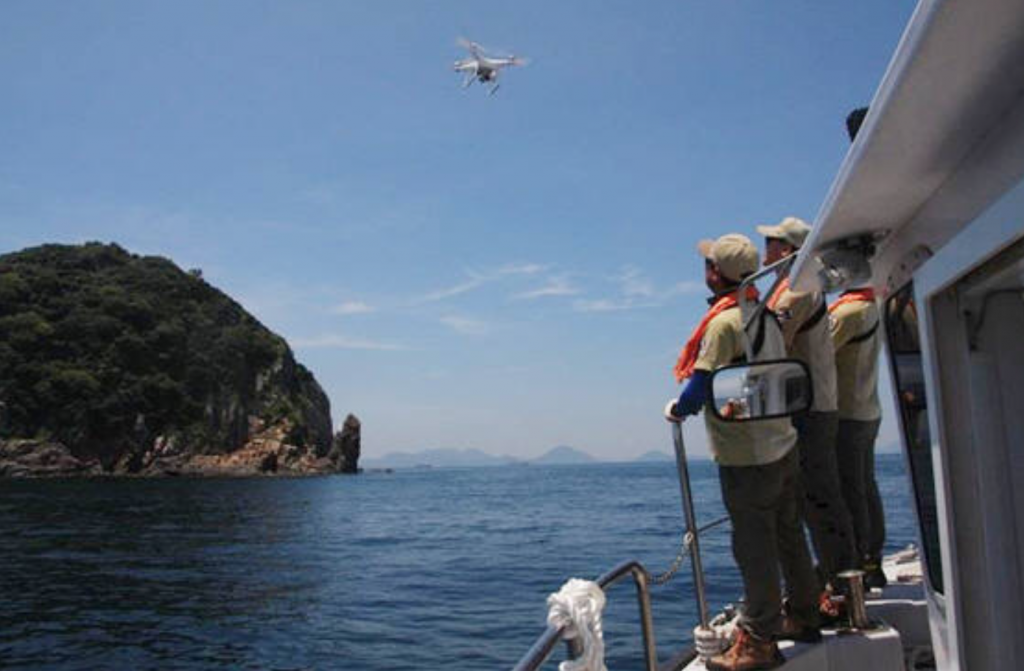 Last month, KNPS officials successfully captured 35 goats on islands off the coast of Jindo County and Tongyeong using drones equipped with thermographic cameras. The KNPS has purchased 34 UAVs since 2014, which have been used for various purposes including research, ecosystem monitoring, search operations for missing hikers, and regular patrols.

“Many of the islands in the national parks have steep slopes, making manned search difficult,” said Lee Jin-beom, the KNPS director of environmental management. “Our high-tech drones with thermographic cameras will make our search and maintenance of the parks much more efficient.”