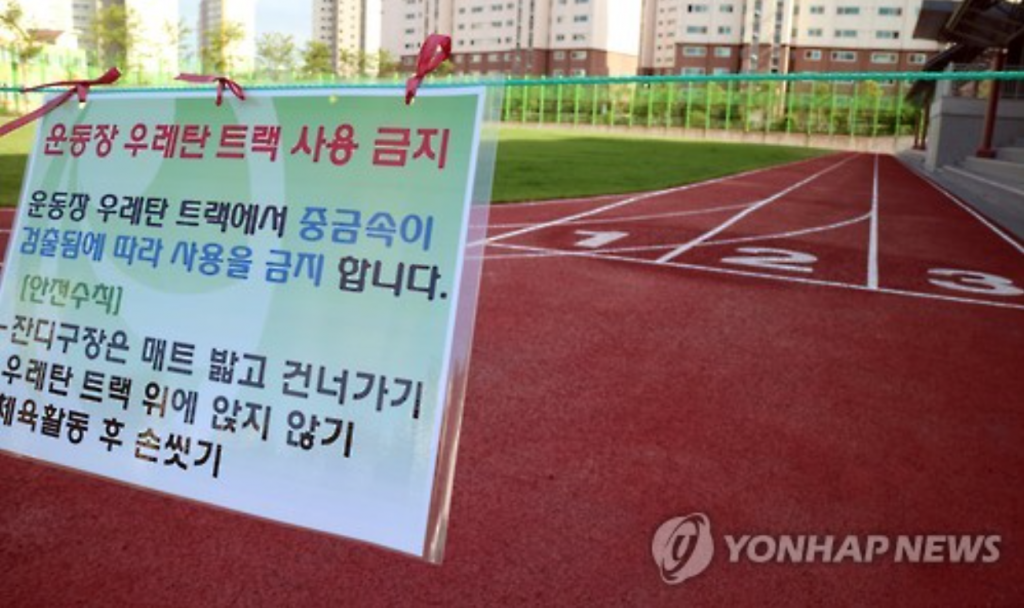 The city has suspended the use of the 14 facilities, and will investigate 51 additional urethane track facilities around the city. (image: Yonhap)

DAEGU, Aug. 3 (Korea Bizwire) – More urethane running tracks have been discovered with high concentrations of lead, but this time, at public parks and sports facilities.

According to the Daegu Metropolitan Government, 14 installations across the city have been declared ‘inappropriate’ for exceeding the lead standard of 9mg/kg.

A public basketball court in Bullo-dong was the most alarming among the 18 installations investigated, exceeding the standard by 130 times (11,700mg/kg), while courts in Jijeo-dong (9,387mg/kg) and Shinam-sam-dong (9,100mg/kg) also exceeded the standard by over 100 times.

“We’ll suspend all use of the concerned facilities, and have them replaced before the end of the year,” said Shin Gyeong-seop, director of Daegu’s Green Environment Center. 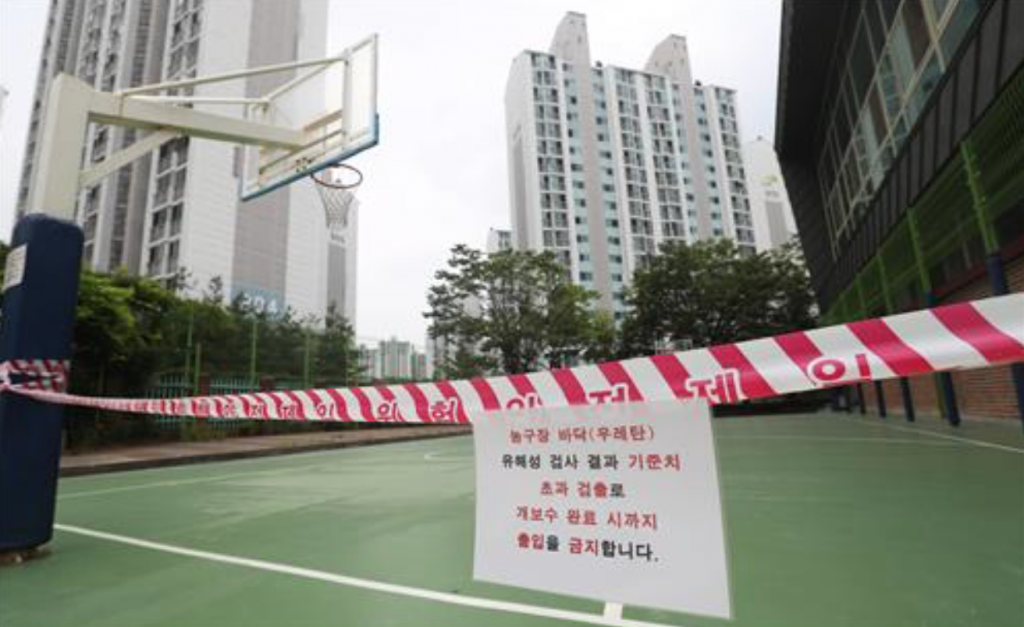 Old, fragile urethane is likely to be the source of dust particles containing heavy metals, which, if entering the body via respiration or skin contact, could have harmful consequences. (image: Yonhap)

The city has suspended the use of the 14 facilities, and will investigate 51 additional urethane track facilities around the city. There are currently 961 public establishments including 892 children’s playgrounds, 38 parks, and 27 sports facilities that are equipped with urethane surfaces.

According to the city, children’s playgrounds, which undergo routine inspections every two years, have not yet been reported for exceeding heavy metal standards.

Urethane running tracks, mainly at elementary, middle, and high schools, have become a controversial issue in recent months for their high lead concentrations. The Ministry of Environment revealed last month that 64 percent of 2,763 schools inspected were found to have urethane tracks or playgrounds that exceeded the lead standard.

According to Korean health and environmental experts, although studies on the risks of exposure to heavy metal in urethane have yet to be completed, old, fragile urethane is likely to be the source of dust particles containing heavy metals, which, if entering the body via respiration or skin contact, could have harmful consequences.