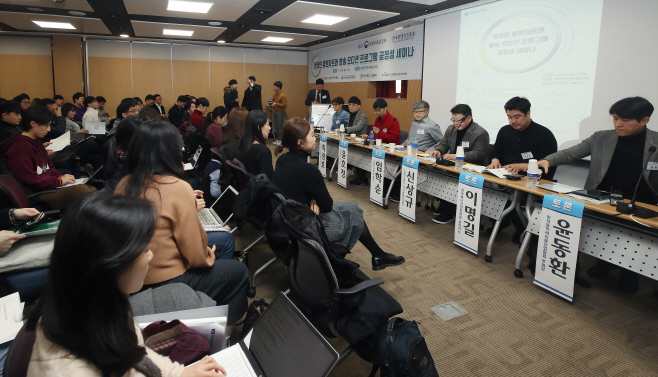 The chart-fixing controversy that has long nagged pop music was rekindled last month after Park Kyung, a member of K-pop boy band Block B, named and accused fellow singers of having their music downloaded and purchased in large quantities to drive up their chart performances.

All the accused singers, including ballad duo Vibe, immediately filed or pledged to file a lawsuit against Park for defamation.

Other musicians, however, came forward to repeat the accusation and denounce the practice, including BTS’ Jin, who said during the Mnet Asian Music Awards last week, “(I wish musicians) would create good music in a more truthful way. I wish a (new) era could come when everyone could make and listen to good music,” apparently touching on the simmering controversy.

Pop music insiders attributed the long-standing controversy to the K-pop’s excessive reliance on music charts and the new digitized environment for music consumption and marketing.

“High scores on music charts could open the way for artists to earn higher concert and commercial advertisement income, as well as secure an overseas market entrance,” Shin Sang-kyu, an official at Dreamus, the operator of online music streaming service Flo, said during a seminar hosted by the Korea Creative Content Agency on Monday.

The power of music charts to determine the fate of musical careers is forcing musicians and their management agencies to scramble for a bigger presence, especially in charts compiled by online music service platforms, the dominant form of distribution in Korea today, according to the music industry officials at the seminar.

Kim Tae-hoon, a high-ranking official at the Korea Entertainment Producer’s Association, said today’s controversy largely rests on how musicians market their music in the cyber arena rather than the actual hoarding of recordings.

One of the chart-bending strategies is “viral marketing ” through Facebook, which allows, with the payment of heavy costs, repeated online exposure of certain musicians and their music, putting them high up in the public consciousness and music charts, according to Yun Dong-han, an official at the Record Label Industry Association of Korea.

Experts agreed, however, that it is extremely difficult to detect the mass illegal online streaming that is prohibited under the current law banning music hoarding. Viral online marketing, however, is not currently regulated by any law.

“Unjustly (marketed) songs on music charts eventually pocket the profits that should have gone to other artists, creating a major unfair practice,” said Hong Se-hee, an official at Genie Music, the operator of online music distributing platform Genie, calling for transparency in compiling music charts.