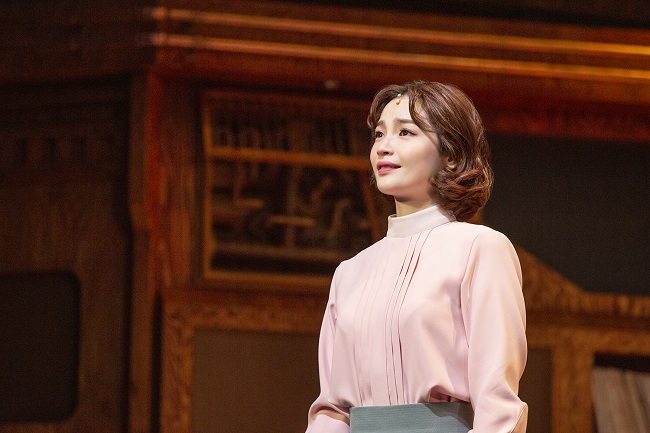 A scene from “Maybe Happy Ending,” provided by CJ ENM

CJ ENM, an entertainment unit of CJ Group, said it will keep audience members spread out at theaters for its ongoing productions “Kinky Boots” and “Maybe Happy Ending” starting Friday.

All presold tickets of those musicals were canceled and refunded, and CJ ENM will open the renewed ticket booking service to reduce seating capacities at shows starting Wednesday.

The company also postponed the premiere of the musical “Werther” to next Tuesday from this Friday to rearrange the seating.

“We made the decision to prevent further infections and comply with strengthened social distancing guidelines,” CJ ENM said.

Live Contents Group, the production company behind the musical “Marie Curie,” said it will also limit the number of tickets available for shows starting next Tuesday.

Chungmu Arts Center and LG Arts Center, which are staging the musicals “Something Rotten!” and “Everybody’s Talking About Jamie,” respectively, have canceled all shows scheduled for this week.

Organizers of the popular musical “Phantom of the Opera” announced a plan to finish its South Korean run in the southern city of Daegu on Sept. 6, earlier than originally scheduled at the end of September.

During the monthslong struggle with COVID-19, South Korean musicals have been doing relatively better than other performing arts sectors, as many high-profile musicals, like “Phantom of the Opera,” have been held in person for months.

In April, the Seoul tour of “The Phantom of the Opera” was suspended for about three weeks after two members of the cast contracted COVID-19.

But many productions have run their shows without social distancing, citing financial issues.

“If social distancing is fully adopted in theaters, some producers may face a huge loss,” said an official from an event organizer. “Some productions may drop out of the market if this situation continues further.”

South Korea raised social distancing across the country a notch to Level 2 of the three-tier system starting Sunday amid a resurgence of COVID-19 infections. The country has added nearly 3,200 new coronavirus cases over the past 12 days.