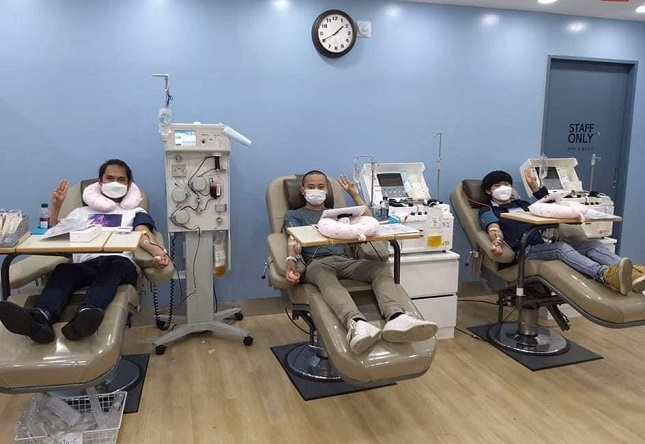 SUWON, June 16 (Korea Bizwire) — Myanmarese immigrants in South Korea have stepped up to donate blood every Sunday in support of the fight for democracy in Myanmar.

Since April 16, the Suwon Migrants Center in Suwon, Gyeonggi Province has been holding a so-called ‘blood donation protest’ every week.

The center has been holding protests against the military junta in Myanmar every Sunday at Suwon Station Square.

Donating blood was an idea suggested by one of the protesters after finding a blood donor clinic near the square.

During the two-month-long blood donation protests, some 57 Myanmarese immigrants have donated blood to deliver their ‘pledge by blood’ that they stand by the Myanmarese people.

It is also a sign of appreciation to South Koreans, who have been strong supporters of Myanmar democracy.

“There is little we can do for this advanced nation, but at least we can help save lives,” one of the Myanmarese blood donors said.