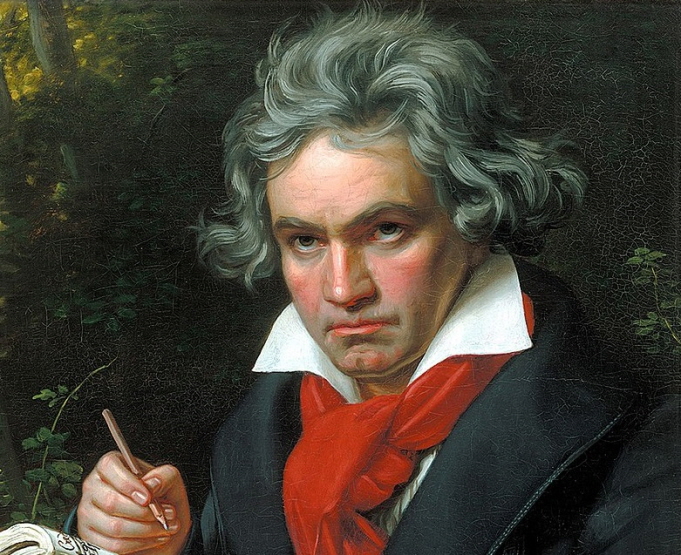 A research team at the Korea Advanced Institute of Science and Technology announced on Tuesday that they had created a theoretical physics algorithm to calculate the amount of innovation and influence generated by an artwork based on network science and big data.

The team extracted ‘codewords’ shared by music scores written by Western composers from 1700 to 1900, and measured the similarities between them.

Codewords, the smallest components of music, are the group of sounds played simultaneously.

Based on a network established based on how each musical piece influenced one another, Beethoven came up as the composer who had the strongest impact on all later Western composers.

George Frideric Handel is known to have inspired many during the Baroque era (1600 to 1750), while Wolfgang Amadeus Mozart and Joseph Haydn were inspirational during the Classical era (1750 to 1800).

Beethoven, on the other hand, inspired innumerable composers who came after the era of Romanticism.

Beethoven, born 250 years ago, continued to be an inspiration even after his death in 1827.

Franz Liszt and Frederic Chopin, representing the Romantic era, as well as Sergei Rachmaninoff and Claude Debussy in the early 20th century were all been inspired by Beethoven.

Rachmaninoff, in the meantime, turned out to be the most innovative composer who created and used a variety of new codeword combinations, research showed.

“Creativity assessment of artworks that are normally difficult to be measured will contribute to our studies on artificial creativity,” said Prof. Park Ju-yong, who led the research team.