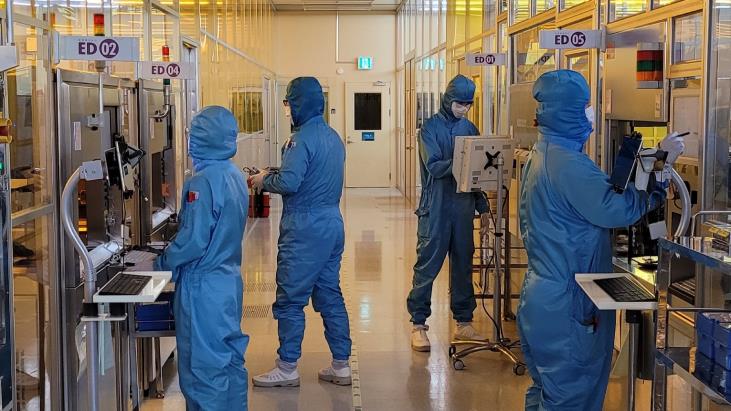 SiC power semiconductors are one of the core components of electric vehicles and hydrogen fuel-cell automobiles.

The firm announced on Thursday that it had invested 26.8 billion won (US$24 million) to acquire a 33.6 percent stake in the Yes PowerTechnix Co., a local SiC power semiconductor maker.

Despite strong growth in demand, the number of companies that can mass-produce SiC power semiconductors is limited due to high technological barriers, resulting in a supply shortage worldwide.

SK Holdings said that since the market is dominated by a handful of large American and European semiconductor companies, there were voices that pointed out the urgent need to localize SiC power semiconductors.

Yes PowerTechnix was founded by a group of R&D professionals with more than 10 years of experience in SiC power semiconductor development.

With 23 SiC power semiconductor-related patents, the company has built up unrivaled technological capabilities in this area.

In particular, it established the nation’s first SiC power semiconductor mass-production system, including a production line featuring high temperature processing technology, with its annual production capacity estimated at up to 14,400 units.