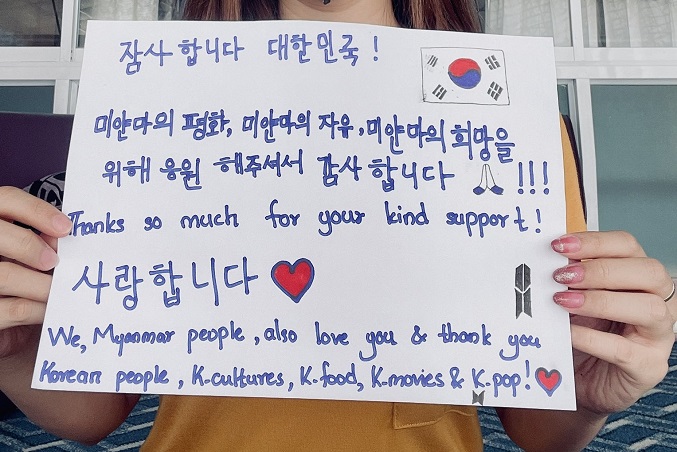 SEOUL, April 26 (Korea Bizwire) — The Myanmarese people, stricken by the ongoing brutality and bloodshed caused by a military coup d’etat, are using social media to thank South Korea for its continuous support.

Entering the hashtag #ThanksKorea on Twitter returns messages from the Myanmarese people saying thanks to the country.

One individual drew a couple wearing hanbok, traditional Korean attire, and a Taegukki, South Korea’s national flag, writing ‘Go-Ma-Wo-Yo’, or thank you in the Korean language, and ‘saranghaeyo’, or I love you in Korean. 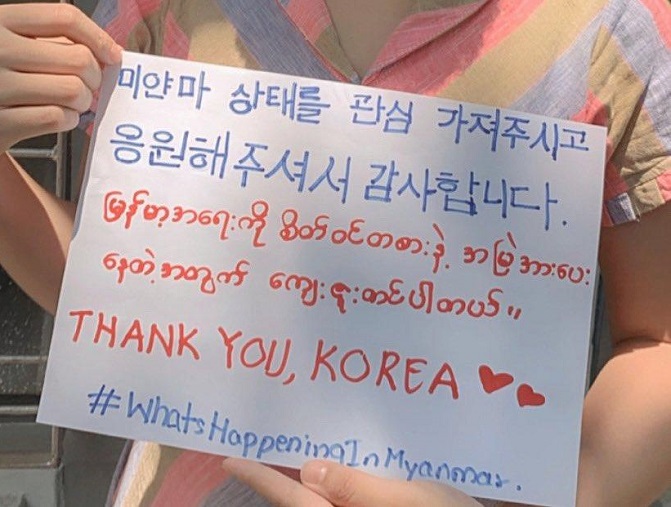 Another post was a picture of a heartfelt note written in pencil, thanking South Korea.

The posters also called for the recognition of the National Unity Government (NUG), established by democracy groups and armed minority groups on April 16, to counter the military government. 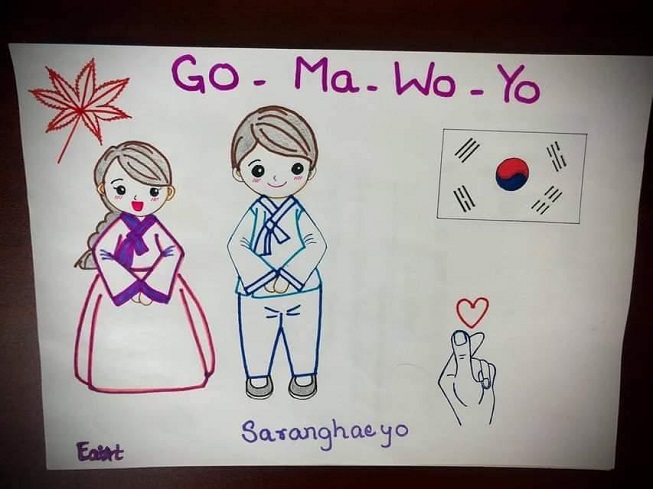