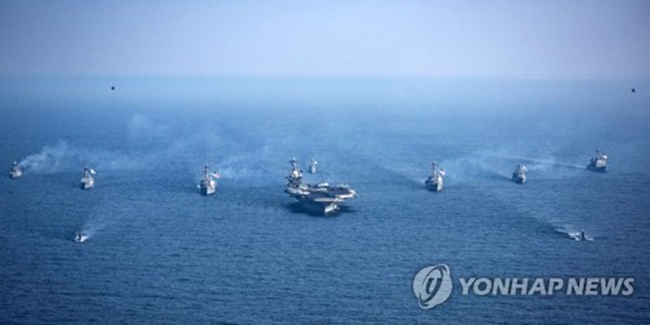 SEOUL, March 31 (Korea Bizwire) – North Korea on Friday urged South Korean political parties, organizations and people from all walks of life to rally against the U.S. and war via its nominal political party’s letter of plea sent to them in an apparent bid to defend its stance on tensions on the Korean Peninsula.

“All the parties and people from all walks of life in South Korea should rise up in the anti-U.S., anti-war struggle for peace, clearly seeing through the nature of the U.S., the chieftain of aggression and disturber of peace,” the letter, sent by the Central Committee of the Korean Social Democratic Party, said.

Inter-Korean relations remain so tense due to the ongoing South Korea-U.S. “rehearsals for a “nuclear war” which have gone beyond the critical phase, said the letter, carried by the North’s Korean Central News Agency.

The rehearsals refer to Foal Eagle and Key Resolve against North Korean provocations that began on March 1 for a two-month run in the South.’

“All Koreans should turn out in the struggle to resolutely check the reckless nuclear war drills of the U.S. and South Korean warmongers,” the letter said.

It is the urgent demand for preventing a war and protecting peace to wipe out the traitors bringing a nuclear war disaster while serving the U.S. in disregard of the destiny and interests of the nation, the letter said.