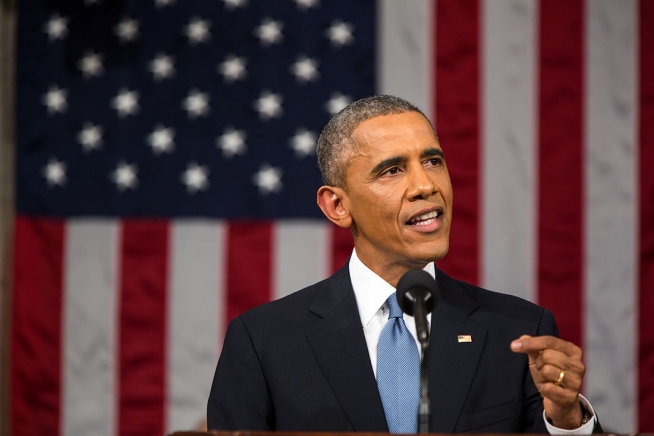 “(Now) he is leaving the White House as a loser (in his confrontation with the North),” the paper said. (image: Wikimedia)

SEOUL, Jan. 13 (Korea Bizwire) – North Korean mouthpieces on Friday bashed the outgoing U.S. President Barack Obama, claiming he is now leaving the White House as a loser in his confrontation with North Korea.

In an article titled “History of (the United States’) One-sided Nuclear Blackmailing That Has Come to an End,” the Rodong Sinmun, a daily of the North’s ruling Workers’ Party, insisted the U.S. has raised its nuclear threats against Pyongyang every year during Obama’s presidency.

The daily justified the North’s four nuclear tests during Obama’s stint that began in 2009 by insisting that the vicious nuclear intimidation against it is the very cause that has driven the socialist country to strengthen its nuclear deterrence.

“Such unprecedented U.S. nuclear threats and sanctions against our republic has eventually made it a strong nuclear power capable of making nuclear attacks, putting a stop to the history of the U.S. nuclear blackmailing,” the daily said.

“(Now) he is leaving the White House as a loser (in his confrontation with the North),” the paper said.

If President-elect Donald Trump wants to act wisely, he must first properly understand the North, the daily said.

The Chosun Sinbo — a newspaper of Chongryon, a Tokyo-based organization of pro-Pyongyang Korean residents in Japan — also said the same day that the Obama administration has committed a strategic error in its North Korea policy.

“The upcoming Trump administration will face tragic consequences in a nuclear confrontation with the North if it fails to learn the lessons from the (Obama administration’s) mistakes,” the paper said.